In order for you to understand the idea of ​​this series, or at least the thesis I am trying to defend, I take this first example which is, in my opinion, one of the most typical.
To tell you all, I came up with the idea of ​​making a series when I was starting to write this article. This case is one among many others.

Human being have become what he is today, thanks in particular to his ability to observe his environment and to draw conclusions for his own benefit.
The observation of Nature allowed him to extract substances to meet his own needs. And since he learned, thanks to chemistry, to synthesize molecules, his first source of inspiration, at least as far as agro chemistry is concerned, has always been Nature itself.
Botanists observe a phenomenon of self-defense or toxicity in plants. They analyze it, send it to chemists, who determine the molecules involved in the phenomenon, synthesize them, study them, and then try to improve them.
This process, simple in itself, has already been repeated thousands of times to obtain medicines, textile fibers or pesticides.

Neem oil is extracted from the seeds of a tree originally from India, the Indian Lilac (Azadirachta indica). The use of this fast growing tree, well adapted to drought conditions, has spread to all South Asia, Africa and South America.

Neem oil is a widely used traditional product and has been used for centuries in India and Africa in particular for its fungicidal, insecticidal, and bactericidal effects in the treatment or prevention of lice, malaria, skin diseases, but also as a contraceptive. The list of his real or supposed actions is immense.

Its use in agriculture is quite recent. The properties as insecticide, nematicide and miticide of this extract are now well known. The active natural molecules that constitute neem oil are numerous, there are more than twenty, which explains the versatility of its use. Among these, the main for its use in agriculture, is azadirachtin, and essential secondary are salanin, meliantrol, nimbolid, nimbid, and nimbidinic acid. This versatility makes it an elemental commodity for organic farming. It is also authorized by the European Commission. Yet some countries like France don't allow this substance, which does not prevent the farmers to use it widely, despite the legal prohibition. The law is very clear on this, any product that has not been legally authorized for a concrete use is strictly prohibited for this use. But some, as you can see in the following report, don't really care of this. In the following French report, a French organic farmer explains that he uses neem oil systematically, and that he does not know any organic farmer who is not using it, even if it is forbidden.

However, this oil, so versatile, also presents some defects. It is precisely because of its versatility that it can be suspected. It is very toxic to bumble bees and many hymenoptera (except honeybees), is toxic to aquatic fauna, and ranks among endocrine disruptors.
Its versatility is precisely one of the criteria that suspects its negative side effects. A very specific product leaves little room for surprise, unlike products with broad spectrum of action. This is one of the criteria that guided the elimination of molecules by the European Commission.
The production of oil takes place in several regions and countries. It may be derived from specific plantations, or isolated trees, arid zones or wetlands, irrigated or not irrigated crops. This great variability in the origin of the oil causes a great variability in its chemical composition and in the proportions in active molecules. I have already succinctly addressed this question in a recent article https://culturagriculture.blogspot.com.es/2016/12/95-spirit-of-plants-7-life-lessons-from.html

It must also be pointed out that the extraction of oil is often done in a very artisanal way, from isolated trees or plantations of very different regions and climates, and therefore that its homogeneity is very variable. Commercial products guarantee a constant level of neem oil, but they can't guarantee a constant level of active ingredients, especially azadirachtin.
On the other hand, this oil is thermosensitive, which means that above 50ºC, its composition degrades. Therefore, as being produced in hot countries, its conditions of production, storage and transport will strongly influence its potential as a pesticide.

It is therefore very difficult for the farmer to make a reliable use of it, since the levels of active ingredients are not constant.
Finally, it should also be pointed out that, in the artisanal conditions of its production and transformation, its origin in countries that are often poor and with doubtful social conditions, the risks of pollution of the local environment or of poisoning of employees are high.
It should be noted that, being a natural product, the homologation process is much lighter than for synthetic molecules. However, as legislators have realized that everything natural is not always good for health or for the environment, the process of registering so-called "natural" pesticides is being strengthened.
Yet there remains one point that legislative reinforcements will not solve in the short term, residues. Indeed, when we analyze residues, we only finds molecules that we know and that we seek, since the available technologies don't make possible to work otherwise. In this case, azadirachtin can be found. But what about the other twenty molecules naturally present in the oil? They are not sought after. So it is not known if they leave residues potentially swallowed by consumers. Worse, this twenty molecules are not the subject of environmental and health studies. Do they pose health risks? Nobody knows. Yet no one thinks of putting forward the principle of precaution. Since it's natural!

Chemists, after studying the properties of this "miraculous" oil, learned to synthesize the main ingredient, azadirachtin. The structure of the synthetic molecule is exactly the same as the one of the natural molecule, but it is freed from its impurities, unnecessary molecules (for agricultural use), its quality and concentration are constant, its efficiency is greatly increased, and its side effects are the same with respect to the molecule, but less with respect to the formulated product (since the secondary molecules have been eliminated).
This formulated product is therefore a synthetic pesticide, which is an exact copy of a natural molecule. Being a synthetic pesticide, it had to pass, before it was placed on sale, the whole process, very long and very expensive, of European approval first, and then national approval. The studies include toxicity to birds, mammals, aquatic fauna, beneficial insects (including bees and bumble bees), soil, surface and groundwater, degradability in water, air, soil, or by light, on its effects on health (for example its effects as an endocrine disruptor).

As a user, I may, depending on the circumstances, need to use one or the other. I can tell you from personal experience, that the use of synthetic azadirachtin is much safer than neem oil.
Azadirachtin, certified on stone fruits, is consistently dosed, its use is simple, and its effectiveness without surprise, in the usual margins of the vagaries of the effectiveness of all pesticides.
Since neem oil is not dosed in active ingredient, but in oil concentration, its effectiveness varies greatly from one brand to another, and in the same brand, from one lot to another.
A farmer never uses pesticides, synthetic or natural, for pleasure. If he does, it is because he needs to do it because his crop and his income are in danger. When he does, it has previously studied the advantages and disadvantages of each of the solutions it has, and he chooses product and dose to obtain the maximum efficiency with the minimum of disadvantages.
If the batch of oil he receives, for whatever reason, does not give the expected results, he will have to renew the intervention, with all costs and environmental risks that it supposes.
This is not the case with azadirachtin.

And finally, residues are analyzed. The molecule is identified and known, in a way that the equipment can measure it precisely. There is no risk of unpleasant surprises.

Then of course, one can doubt everything.
Some say that neem oil has fewer side effects than azadirachtin alone, because the cocktail of molecules has a mitigating effect.
Personally, I would tend to think otherwise. The cocktail of molecules is derived from the botanical history of the tree and derives from its needs of self-defense (http://culturagriculture.blogspot.com.es/2015/09/52-spirit-of-plants-2-self-defense.html). The cocktail has a real reason for existing, and Nature rarely works for nothing. If these molecules exist, it's not to neutralize each other, but to strengthen the self-defense.
I tend to think that the longer a species has been domesticated (especially selected and hybridized), the lower its self-defense capacity is (except for certain species, such as cannabis or poppy, whose selection seeks precisely to strengthen its potential to produce alkaloids). Today the neem tree has never been domesticated, just used in its natural state, and the current plantations for plant extracts are all made from wild varieties. 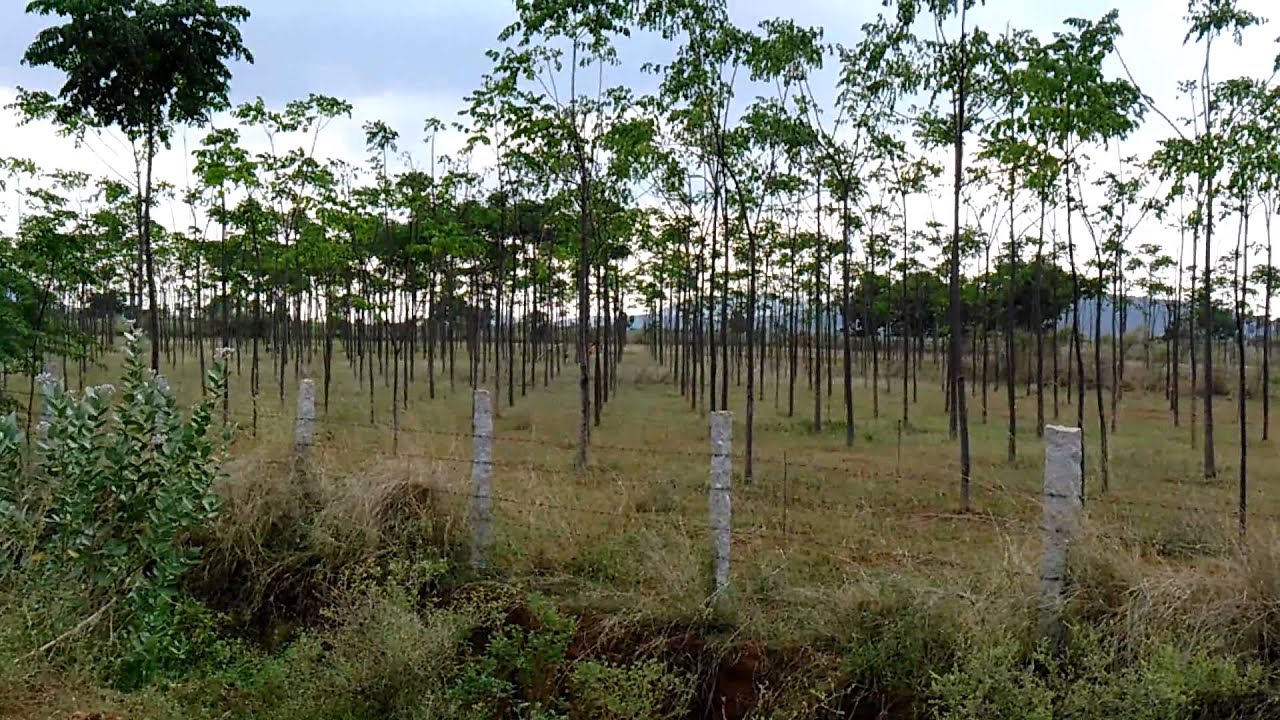 I couldn't find a single serious study that compares, in terms of efficacy, environmental effects and residues, neem oil and synthetic azadirachtin. Everything I found is based on unproven and clearly subjective assertions.
Obviously, those who defend the safety of neem oil are the mediums of organic farming. This is very logical since they need it and have few alternatives. This is all the more logical because, being used massively, and sometimes without authorization, it is necessary to find a justification.
But I can't help but be surprised that those who defend the interest of the neem oil molecule cocktail, are also those who attack pesticide cocktails in conventional agriculture (something I don't question, but I await the scientific results necessary to take position).
What is supposedly true in conventional would not be true in organic?

There is reason to be surprised.

All this to tell you, and this is the purpose of this first example, that neem oil is allowed (except in some specific cases), widely used and praised in organic farming. However, its heterogeneity, its extraction methods, its side effects, its effects of endocrine disruptor, seem not to disturb anybody. The farmer has a pretty can of a few liters, very clean, safe and well labeled. He does not arise the question of what it may have involved, before.
Azadirachtin, on the other hand, is prohibited in organic farming. It is however the same molecule, whose side effects are the same, but whose homogeneity is total, the method of production is controlled and safe. It had to go through several commissions that established conditions of use for each crop, residue levels, pre-harvest employment terms, safety standards for handling, storage and use. 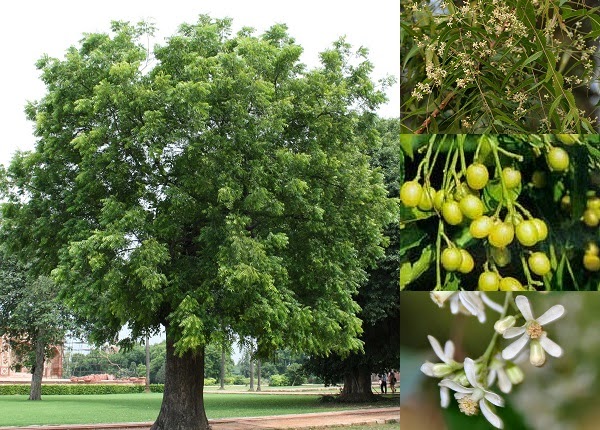 In this first match, it is obviously azadirachtin that is gaining, as much for its effectiveness as for the control of its effects on environment and on health, but also by the security that it brings thanks to a strict registration process and with periodic review.
In this case, undoubtedly, the use in conventional agriculture of azadirachtin is safer than the use, in organic farming as in conventional agriculture, of neem oil.

This is a flagrant case, in which organic ideology prefers to accept health and environmental risks, rather than to relax its criteria, in a precise situation, although the general philosophy is not really questioned.
It is, however, fair to recognize that the exact synthesis copy is more effective and presents less risk than the original natural extract.
But it seems that reason is really weak, when it's facing dogma.

So why a conventional farmer like me, may be led to use an organic pesticide like neem oil, if it has an advantageous synthetic alternative like azadirachtin?
This is an interesting question to which I will reply in a specific article. Especially since it concerns neem oil as well as all organic pesticides.