129- Natural vs synthetic -7- Bilanophos vs glufosinate

About 2 years ago, I published an article on this same comparison, but from a different angle (http://culturagriculture.blogspot.com.es/2016/01/66-plant-protection-4-on-boarders-of.html).

It seems interesting to me to take it again from the angle of the opposition between natural and synthetic. We have seen in previous articles that this differentiation is sometimes at the limit of the reasonable. This example demonstrates it once more.

This time it is an herbicide. It is all the more interesting that the problem of the control of harmful to crops plants is one of the great difficulties of organic farming.

“How to Make a Natural Weed Killer
January 6, 2016 Posted by Andrew Kniss*

Well over a year ago, I wrote about a homemade herbicide containing salt, vinegar, and dish soap.

“Many of you have probably seen it posted to Facebook or Twitter or Pinterest, or on your favorite home gardening site. One of my favorite descriptions calls it a “magical, natural, weed killing potion.”

That particular potion certainly kills weeds, but it isn’t natural (and it certainly isn’t chemical-free). It contains dish soap and vinegar, both of which are synthesized industrially, so it isn’t natural by most definitions of the word. That’s disappointing, because people really yearn for a natural weed-killer. They want to kill the weeds around their homes and in their gardens, but they don’t like the idea of using a synthetic pesticide. Most people (including me) would prefer to use something natural, all else being equal. Unfortunately, there are very few truly natural products that work as effective herbicides.

That being said, I’d like to introduce you to a fascinating chemical named bilanaphos. In the early 1970’s, bilanaphos was discovered independently by two different laboratories, one in Germany and the other in Japan. Both groups isolated this chemical from Streptomyces bacteria; S. viridochromogenes in Germany, and S. hygroscopicus by the Japanese group. Bilanaphos is produced naturally by these naturally occurring bacteria. So, by nearly any definition, bilanaphos is natural.

The scientists in Germany and Japan both learned early-on that bilanaphos had strong weed-killing properties; when it was applied to plants, the plants died. Upon further investigation, scientists in the German group recognized that only part of the full bilanaphos chemical was required for herbicidal activity. In fact, when bilanaphos enters the plant, about half of the molecule is quickly chopped off, leaving behind a smaller molecule – phosphinothricin. It is this smaller molecule that acts as an herbicide in the plant.

So we have a natural compound (bilanaphos) that is converted naturally by plants to another compound (phosphinothricin) that works very effectively as an herbicide. And it turns out that some Streptomyces species naturally produce a small amount of phosphinothricin also. That sounds very much like a natural herbicide, right? Not so fast…

Phosphinothricin (better known in the US as glufosinate) is widely used as an herbicide today. It is the active ingredient in herbicides like Rely (mostly used in tree and vine crops), and Liberty (most commonly used in conjunction with Liberty Link crops). But even though the chemical occurs naturally, and was first discovered by extracting it from naturally occurring bacteria, the commercial herbicide is produced synthetically. So it is not considered a ‘natural’ herbicide.

The story of phosphinothricin, while very interesting, is not unique. A huge number of scientists around the world are searching nature to find new chemicals that have antibiotic, pesticidal, or other useful properties. Between 1997 and 2010, USDA scientists estimate that about 69% of all new pesticide active ingredients registered by the EPA were either natural products, synthetic products derived from natural sources (like phosphinothricin), or biological in nature. For example, another commonly used corn herbicide was discovered after an initial observation that few plants could grow underneath a red bottlebrush bush in a garden. But weed killers are actually the smallest component (less than 7%) of these new pesticides of natural origin; around 30% of new insecticide or fungicide active ingredients are either natural products or natural product-derived. 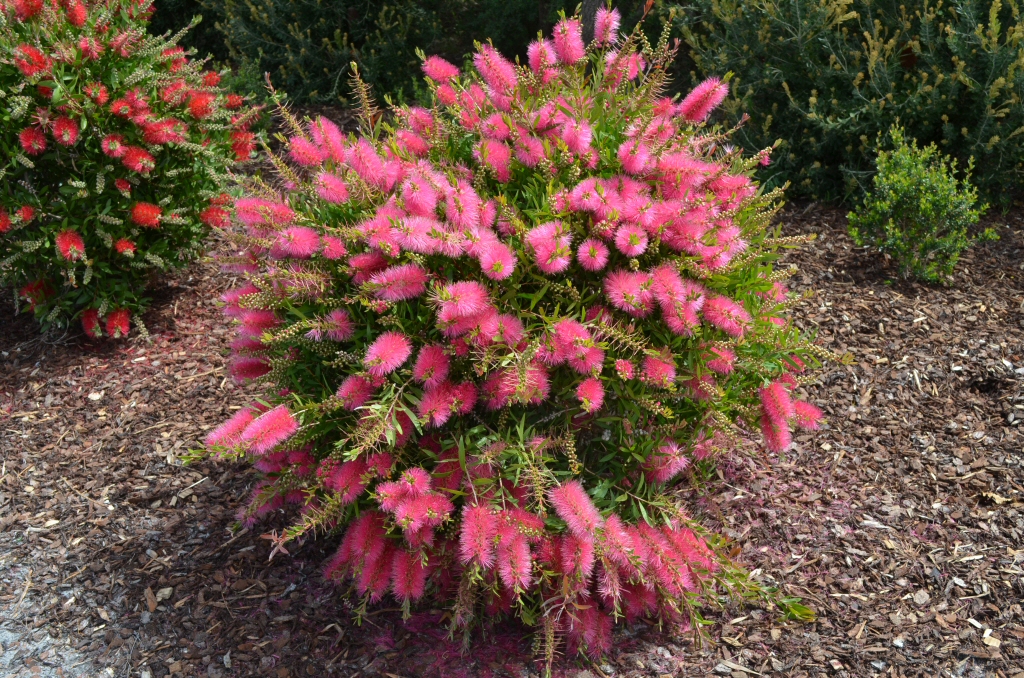 Currently, the FDA is struggling to define the word natural on food labels. It is an often-used marketing term with no clear definition. It may be even more difficult to define when discussing pesticides. As the phosphinothricin example shows, the lines between natural and synthetic can get blurred quickly. Is it natural because it occurs in nature? Or does it have to be physically extracted from nature to be considered natural?

The ‘natural or not‘ distinction can distract from what is really important when discussing pesticides. If the compound is structurally the same, the naturally occurring and the synthetically produced versions will share the same properties. The properties of the compound are far more important, in my opinion, than the source of the compound. Is the pesticide safe for applicators and the environment? Does it break down quickly in the environment to non-toxic products? If so, then I’m much less worried about whether it is natural or not, regardless of how we define natural.

But there are questions related to the source of the product that can be important. In particular, which has a greater impact, synthesis in the lab? Or extraction from natural sources? I rarely hear discussions related to this question, but this is among the most important questions related to natural products (provided they are deemed safe). If we can efficiently extract a renewable resource from nature, and avoid the energy and fossil fuel requirements of synthetic production, then a naturally produced product sounds pretty good to me. But if extracting something from nature means we’ll have a greater negative impact on the environment than we would producing it in a factory, then please give me the synthetic version.

The ideology of organic farming obliges us to use only pesticides of natural origin. Yet exemptions exist, depending on the possibilities of certain molecules, or on how to use them, or on the needs of farmers who sometimes justify infringements to the rules, carefully kept under silent, at least towards consumers.

It is sometimes difficult to understand why some molecules, produced in a totally industrial way (like deltamethrin which is a pyrethroid of synthesis) are accepted in organic and others, quite comparable in their manufacturing process, while being of simple copies of molecules of natural origin, are not, as is the case of azadirachtin, naturally produced by the neem tree, and main active ingredient of all organic pesticides based on neem oil.
By cons, pheromones used in organic farming, as in conventional, are 100% synthetic products, which are copies of pheromones, naturally emitted by insects. In this case, there is no problem. It is true that these products are not sprayed on crops. But they float in the air day and night for months, and are necessarily deposited on products that will be food.
One may also wonder for example, why spinosad, naturally produced by bacteria (Saccharopolyspora spinosa), and manufactured on a large scale by a fully industrialized process, is allowed in organic farming, while bilanophos also naturally produced by bacteria (of the genus Streptomyces) is not?

After all, what is missing to organic farming to be generalized?
Tools, technical solutions to solve concrete problems, in particular at the level of phytosanitary protection.
Most of the other problems have coherent solutions (with nevertheless a weakness on the nutritional aspects, which progress however quickly), and even often of a very reasonable cost.
But we can see that, while it is certain that conversions to organic farming are becoming more numerous (rarely because of personal conviction, but more because of societal pressure, or because of economic opportunism), there are also more and more frequent steps backwards. The main cause mentioned by these farmers is the unresolved phytosanitary problems that are accompanied by significant reductions in yields or quality decline, and ultimately a serious problem of income for the farmer.

Because the increase in the supply of organic products and their democratization are accompanied by a perverse effect, moreover quite predictable, which is the decline in prices, not necessarily for consumption, but for the farmer.
Who says lower prices, also says lower income, and obligation to improve the (visual) quality, so to increase the real cost of production. While it is true that organic production does not have the obligation to meet the same criteria for standardizing food quality as conventional agriculture, the reality is slowly changing and marketing circuits require more and more a product organic and beautiful at the same time.
A kind of backlash that could be largely avoided if the use in organic farming of ever more numerous synthetic pesticides "copied from nature" was allowed.

Will reason ever win the match against dogma?