THE SPIRIT OF PLANTS – LIFE LESSONS FROM A FRANKINCENSE TREE

I found this post, first published in English, then in Spanish, in a Spanish blog that I love “Imaginando Vegetales” (Imagining plants), and that I recommend to all who like plants, poetry, imagination, and "stories of people and plants".
It is a beautiful and unusual story for these Christmas holidays.
You can read it, by the author, in Spanish, aquí
As recommended by Aina S. Erice, the author, it’s better to read it "To the sound of: Jocelyn Pook, Chaotic Ana BSO

Suppose for a moment the Indian Upaniṣads are right, and in your next life you could come back as a tree. Which one would you be?

The decision is no light matter, bearing in mind a tree’s potential lifespan. You could first ponder your future tree-self’s intrinsic characteristics – tall and handsome, or humbler in form and stature? Flowers: yay or nay? – or you could choose according to your future neighbourhood.

Where would you rather live? A tropical forest, perhaps a temperate one… how about settling in a desert?

I know, I know. The neighbourhood description might not sound too appealing. Extreme temperatures all year round, thirst and heat common. Intense herbivore pressure. Long periods of silence and loneliness plausible. Eremitic inclinations are advisable: company scarce and tough.

No, probably not the most tempting option available.

However, not everybody has the luxury of choice, or so says the Roman poet Ovid in Metamorphoses. In his stories of “bodies changed into new forms” by the gods, donning tree-bark and leaf is often the result of tragedy. Violence, incest, betrayal, love, loss… the capricious gods wreak havoc with human foibles, yet they depend on us for worship. “Who would honour their altars with incense”, if not humans?

Perhaps unsurprisingly, the mythic origins of the perfumes coveted by the gods are shrouded in suffering; and the girls whose transformed bodies yielded the choicest of fragrances happened to become desert trees.

Thus the poet Ovid sings of poor Leucothoe, princess of faraway eastern kingdoms whose beauty so enraptured the Sun god that he literally dazzled her into being seduced. As loving fathers were wont to do when finding out such peccadilloes, the king buried her alive in punishment. The inconsolable lover watered her burial with perfumed nectar, which seeped into her body until she sprang forth under a new form; and rumour has it that the sweet-scented, sun-drenched tree that resulted was frankincense: Boswellia sacra, also known as olibanum.

Ovid had never seen frankincense trees growing in their native environment. Indeed, no Roman at the time seemed to know what they even looked like; his tale simply depicted a girl’s grief distilled into a perfume worthy of divine worship.

Frankincense trees certainly endure their own share of hardships; living in lands scarcely touched by rain, with impoverished soils and relentless heat like Oman, Yemen and the Horn of Africa.

It’s certainly not a charmed life – If I were in Leucothoe’s shoes—err, roots, I would’ve been rather miffed – “it wasn’t enough to bury me alive and turn me into a plant, now I must also grow in a desert? Really!?”

Scientifically speaking, it’s clear we can’t be changed into plants, nor can we realistically imagine what being a plant is like: we cannot conceive what, say, thirst feels like for a frankincense tree. Science will never be able to tell us whether desert trees experience ‘subjectively’ more stress than their fellows in the jungle.

Poetry and metaphor, though, are unconstrained by scientific nitpicking. And sometimes the plant world serves as a green mirror that reflects human ideas, concepts, even dilemmas and life lessons back at us. Frankincense culture offers one such mirror.

Even in Ovid’s time it was known that not all frankincense lumps are identical in quality: they vary in colour, size, and aromatic profile. Harvest time may affect the outcome (the best time for harvesting is said to be during the monsoon season, when the sun is at its hottest), but there are still differences between trees growing in different places.

One could argue that quality is such a slippery term (it is), and that sometimes differences live within our minds and senses (also true). Indeed, some of the most shocking news for Omani traditional quality grading might’ve been that the essential oils of their highest and lowest quality frankincense had nearly identical chemical profiles.

However, let’s assume for a moment that quality differences are objectively real. We could then ask ourselves: why? Is it because of the trees’ own intrinsic qualities? Or is it because of their environmental circumstances?

Fifteen years ago, a study tried to answer the question, and the ensuing results might’ve made Ovid and his tragedy-prone maidens proud. In comparing different environments —some more stressful, some less— the study found that the trees yielding the highest quality frankincense were those that lived under greater duress, with the poorest soils and no monsoon rains (barely any monsoon dew, at that!).

It’s almost as if hardships and constraints were sublimated into a more exquisite perfume than that obtained by coddling and pampering the trees with nutrients and water.

Trees are not people, yet, one could distill a frankincense-esque “moral of the story” that certainly rings true to my ears: how adversity and strenuous circumstances can often be the chisel that, by chipping away at the superfluous, reveals the essence, the most ‘fragrant’ qualities of a person.

It doesn’t always happen like that, certainly. But if you are thinking about your next life as a plant, consider a desert as a fitting neighbourhood to bring the best of yourself to the fore.”

REFERENCES (from the Spanish blog)

The myth of Leucothoe in the Metamorphoses of Ovid can be read freely here.

The article which analyzed the correlations between the environmental conditions and the quality of the incense obtained was: Al-Amri, M. y Cookson, P. A preliminary nutritional explanation for variations in resin quality from wild frankincense (Boswellia sacra) In the Dhofar region of the Sultanate of Oman, in Horst, WJ et al. 2001. Plant nutrition - Food security and sustainability of agro-ecosystems: 328 ~ 329.

About incense in all its splendor, I have a series of three articles on this fascinating plant substance, which can be viewed here in Spanish, and each article can also be read in English.

The top photograph of the article is a beautiful tree of Boswellia sacra in the omani park of Wadi Dawkah, courtesy of Kathi Ewen of the blog wanderingquilter.

It is frustrating to find as few paintings of Leucothoe (there is more of the third of the discord of the myth, Clytie ... but of the poor Leucothoe, almost nothing). One of them is the work that I include here, of the French paintor Antoine Boizot, and currently at the Museum of Fine Arts of Tours (at least, according to Wikipedia). Other images and prints can be consulted here (explanations in Italian).

The other photographs are personal. "

A note to conclude the article and give it a logic in this blog:

In agriculture, the effects of restrictions on the quality of fruits and vegetables are well known.

It is thus that the best melons are obtained on the most clayey soils, in which plants suffer more. The farmer chooses, between plots he disposes, those which give him the best quality.

Similarly, vines have little or no irrigation and little fertilization in order to concentrate sugars and aromas. The wine obtained will only be better.

Even the production under greenhouses, in which the plant, in theory, is placed in a situation of total and permanent comfort, knows the problem well. Thus RAF tomato is a variety selected for its intrinsic qualities, but which, at the end of the cultivation cycle, is placed under stress, thanks to an artificial salinization of the nutritional medium. The plant, stressed, absorbs little water and nutrients, and concentrates sugars and aromas.

In fruit production, for example, benefits of a water restriction a few days before harvest are well known, in order to concentrate sugars and aromas, in order to increase the taste quality.

Conversely, any farmer knows that an abundant rainfall just before harvesting can cause a sudden drop in all quality criteria, and possibly cancel benefits of all efforts, such as water restriction.

But the farmer also knows that in most cases, looking for the best quality goes to the detriment of productivity. So it will depend on his marketing system and the objectives he has set itself. All the art of the farmer is to succeed in combining the best possible quality with a productivity that allows him to live worthily of his work.

These complex techniques must be handled with care, because these stresses, if they are poorly controlled, can have serious consequences on the health of plants that are not, unlike the incense tree, plants designed to live in the desert. 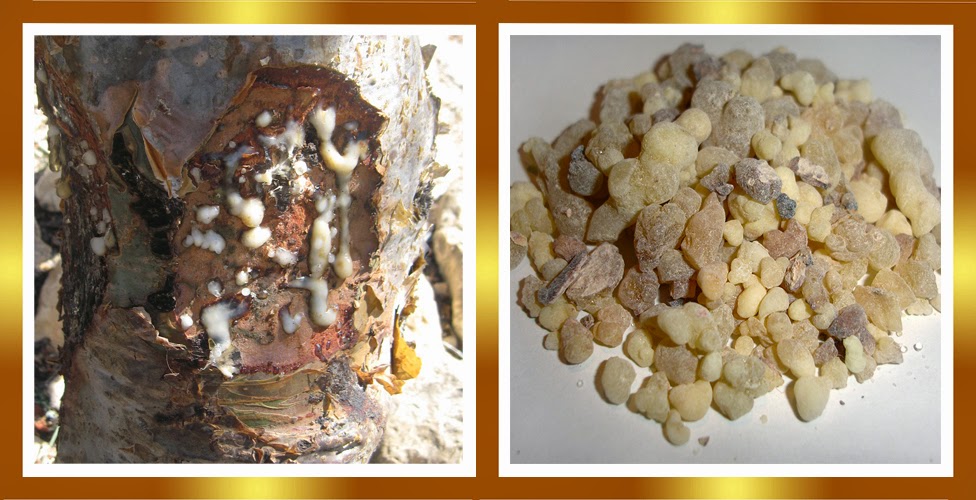