114- Agriculture of the world - The Dogon country

AGRICULTURE OF THE WORLD - THE DOGON COUNTRY 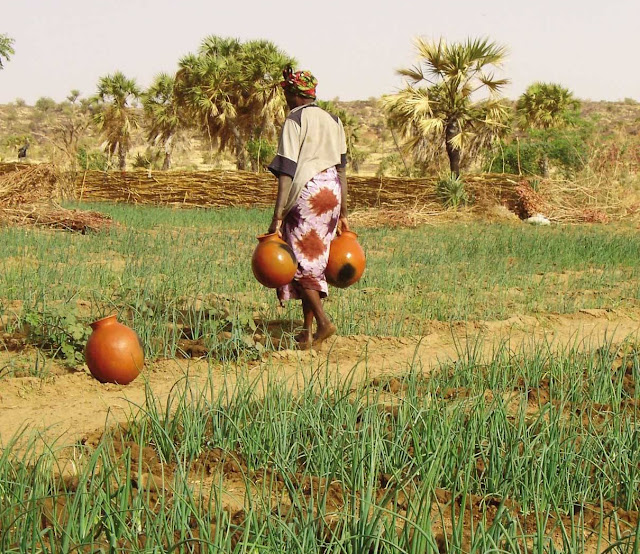 Somewhere in West Africa, in Mali, between the Niger River and the border of Burkina Faso, there is a region with a Sahelian climate, where life is hard. Yet, there is a people with such rich culture, art and craftsmanship that many Western collectors know about it, often without ever having been there.

It's also one of the regions of the world where people of different religions cohabit in perfect harmony. Islam is the most represented religion, but there are also many Christians and Animists. This religious mixture is present in towns, villages, and sometimes even within the same family.
This is the Dogon Country.

In this region, life is rough. Access to water is one of the keys to subsistence.
Social life is organized around men, shepherds, hunters, gatherers, caretakers of palaver and tradition, and women, farmers, mothers, housewives, responsible for water and education of children, and sometimes sellers of their meager surplus production or products of their own handicraft. 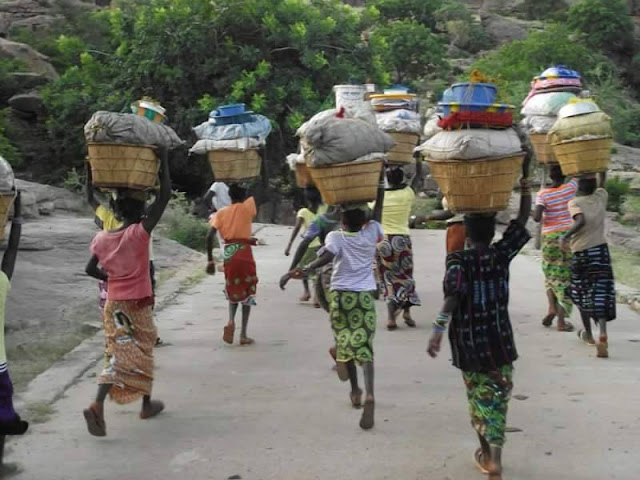 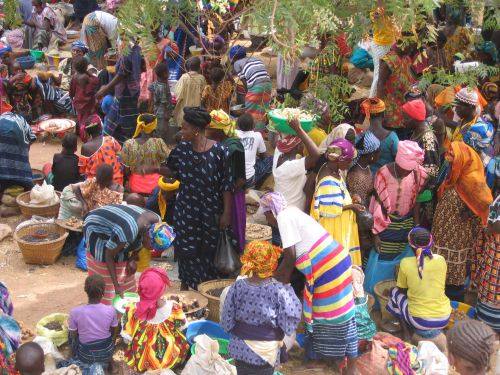 Agriculture is made up of small, fragmented plots separated by small track trails. The work is done by women, by hand, helped by the children when they are big enough.
Irrigation, if necessary, requires great effort, as water must be fetched first, then used for irrigation. It's only possible when water points are close enough.
It is a rudimentary, subsistence agriculture, of which only a very small part can be sold to generate income. The bulk goes directly to the family's diet.
A local association, set up in 2005 by Dogons who felt concerned about the future of their people, is in charge of building projects to improve their living conditions through the improvement of living and working conditions of Dogon women. They are the pillar of this endearing people. 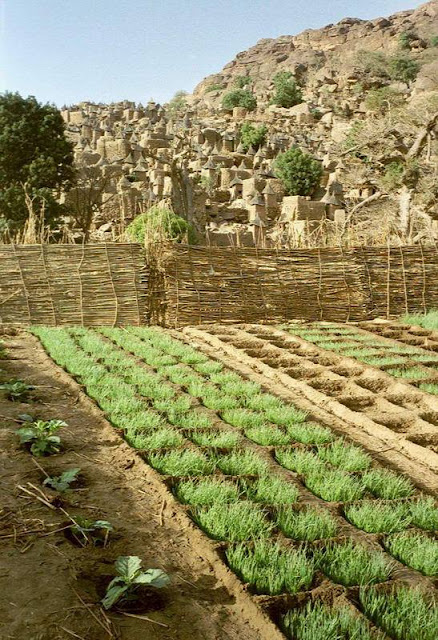 ARAF-Plateau Dogon (Action for the Strengthening of Feminine Activities in the Dogon Country) is an association of 80 groups of 25 to 40 women each, to support them by education, training, technical support, supply of basic tools for fieldwork, the elaboration of local projects (one of the projects in progress is the creation of a workshop for the transformation of shea oil to butter to sale it for cosmetic uses).
https://www.facebook.com/search/top/?q=araf%20-plateau%20dogon
Permanent actions include training in agroecology techniques. In particular, one of the objectives is to promote the modernization of agriculture, thus the improvement of the income of Dogon families, through the sale of their surplus production. But the lack of training, the lack of equipment and the lack of means are amongst the reasons for the orientation towards organic farming. 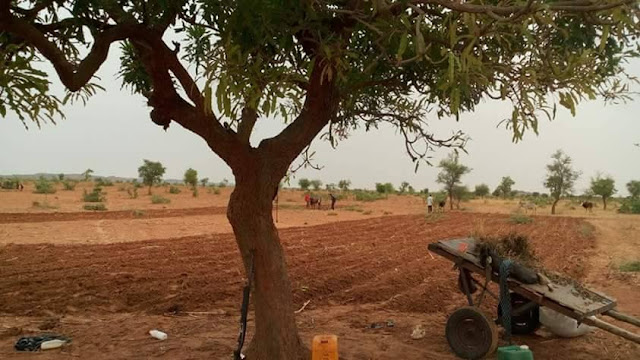 It is essential to modernize agriculture through methods and techniques that improve productive capacity without, however, creating dependence on inputs or tools and machines that are currently neither possible nor priority.
The Dogon agriculture must remain autonomous because the necessary investments, which are many, must be reserved for basic infrastructures.

ARAF's aim is to improve the productive capacity of the Dogon country's agriculture, but with a minimum investment, since the first necessary investment is the creation of a network of access to water which will allow villages and their inhabitants to improve their autonomy, to gain in hygiene, and above all to stop devoting half of their time (women and children mainly) to the manual transport of water. 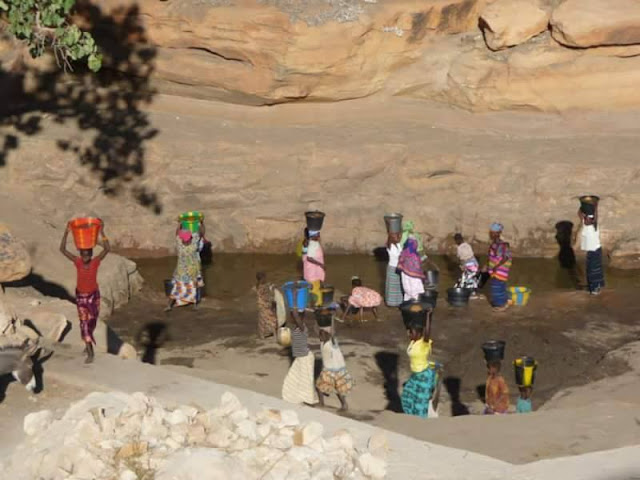 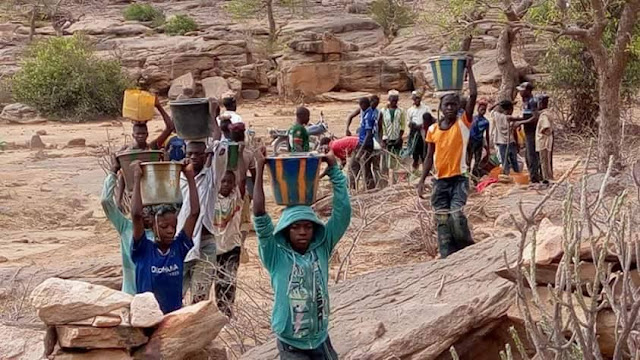 And that, the access to water is a probably long-term, but so important project!
The Sahelian climate includes a rainy season, especially during the months of June to September, during which it rains in abundance, which makes possible the reconstitution of soil reserves, and allows certain crops adapted to this climate.
One can imagine the creation of a network of canals to lead the water from the Niger River to these withdrawn areas. But it would be Pharaonic works, long and extremely expensive.
However, the creation of reservoirs and boreholes, much more accessible and requiring lighter budgets, would enable more permanent agriculture, a great improvement in food security, and a much higher level of income. By the way, this would also allow access to subjects, so obvious to Westerners, as health or hygiene services, and thus a clear improvement in the living conditions of the Dogon people. 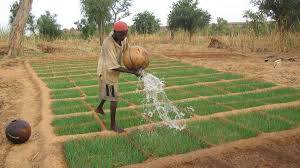 A few months ago, through social networks, I was approached by the president of ARAF, Issiaka Konaté, to participate in a humanitarian work, through an aid in the implementation of agroecology techniques. I have no "vocation" to that, and in fact, I never did it. My life is organized around my work, which is a big-time job, as all farmers know, my family to whom I owe a minimum of presence and support, and my ancillary activities, as is the case with this blog.

We talked a lot with Issiaka. He told me about the life of the Dogon people and the difficulties of this life, the many projects that are still facing a recurring problem of financing.
Tourism was an important source of income. But since 2012 and the attacks of jihadist terrorism, this source has disappeared, blocking or delaying many projects. 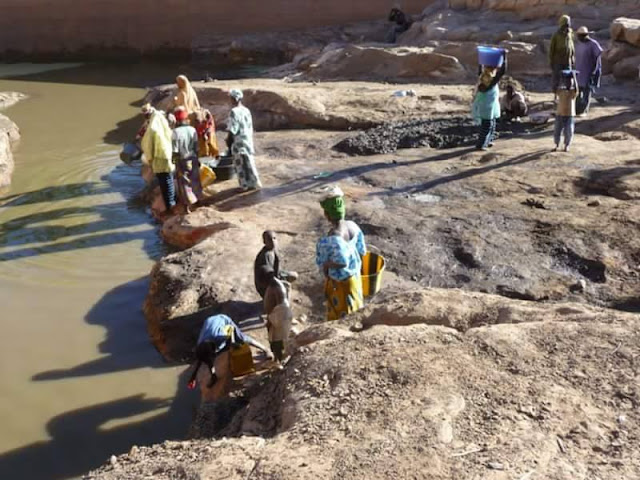 I soon realized that the political and economic situation in Mali, as well as the jihadist attacks in the region, complicate Western actions and NGO interventions.
Unable to intervene directly, I decided to bring my little piece of sand to this fragile building.

I therefore proposed to Issiaka a text, illustrated with many photos, to explain the situation, and to ask the readers for economic aid.
http://www.calameo.com/read/001473813ec68ba23075b
The director of a French NGO, Gérard Cinquin, from DNPLS (From the North for the South), who works with Africa, helped us with his experience, his wise advice and the layout work, and especially through the availability of his donation platform.
http://www.dunordpourlesud.com/
https://www.facebook.com/dunordpourlesud/ 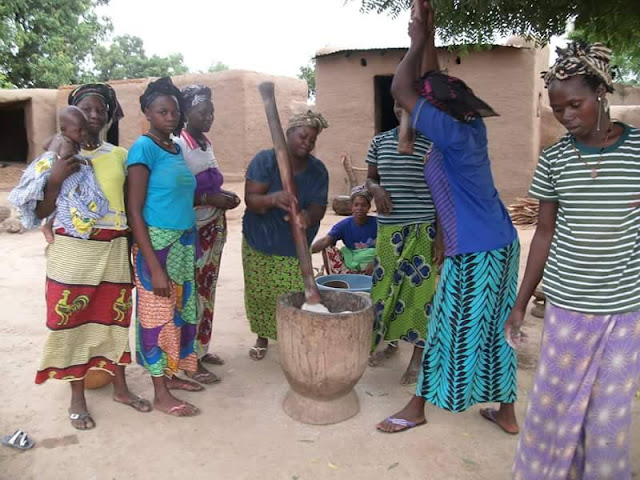 Then, through my network of contacts and friends, I was able to start the work of a collaboration project with a Spanish NGO, Madre Coraje, who devotes a large part of its activity to recovering used clothes and objects to send them, in Spain and throughout the world, to communities in fragile situations who can either use them for their own needs or make them a source of income through resale.
And this is precisely why we launched this project: importing used clothes into Mali, so that sorting and selling generate, on the one hand, jobs and therefore income for a certain number of families, and especially income to finance educational and development projects. It seems simple when you have managed to make contacts.

Starting from this idea, everything is complicated. The project is progressing, but many things have had to be put in place, and investments have to be made that, for now, are putting in imbalance the ARAF budget.
It was necessary to create a company with the possibility to import, trade, and generate profits, in order to transfer them entirely to the association ARAF (non-profit association). 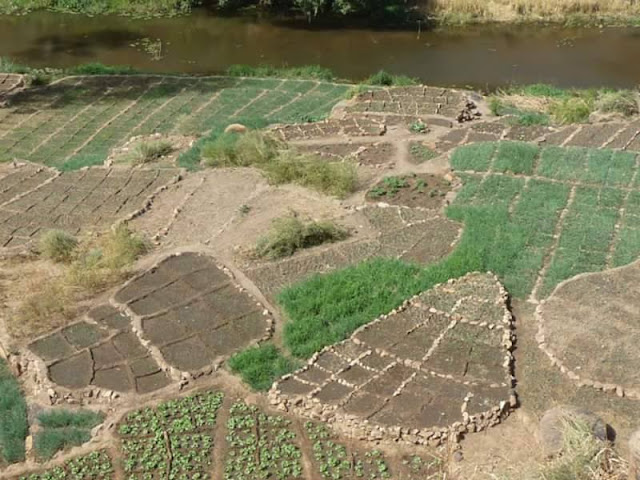 It was necessary to find carriers, and to solve the problem of transit from Senegal (Mali has no access to the sea and therefore must pass through the port of Dakar).
The sorting centers must be prepared and a network set up to handle the resale of clothing and the logistics necessary for their distribution.
Much of these costs has already been borne by the association, its members and a few benefactors.
The project opens up a wide range of possibilities, but for now it requires finding the financial supplement that will enable ARAF to self-finance itself and finance its projects.
This complement is very reasonable, seen from Europe, since it is less than 7.000 € (6.852 € to be exact or 8.200 US$), but seen from Mali, it is difficult to find, either in the form of loan or in the form of donation.
The banking system in Mali does not allow this type of project to thrive. 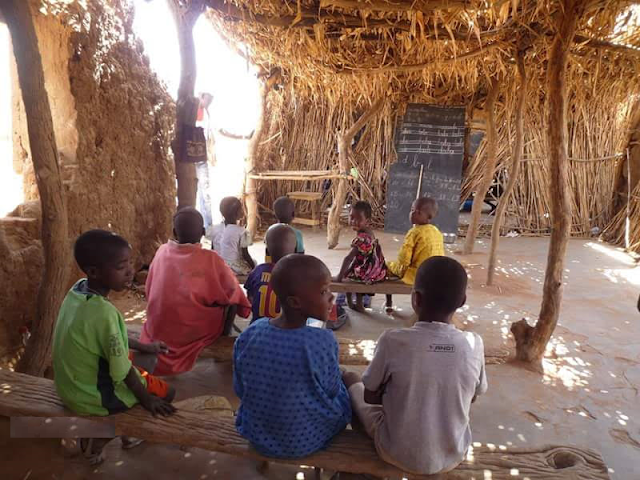 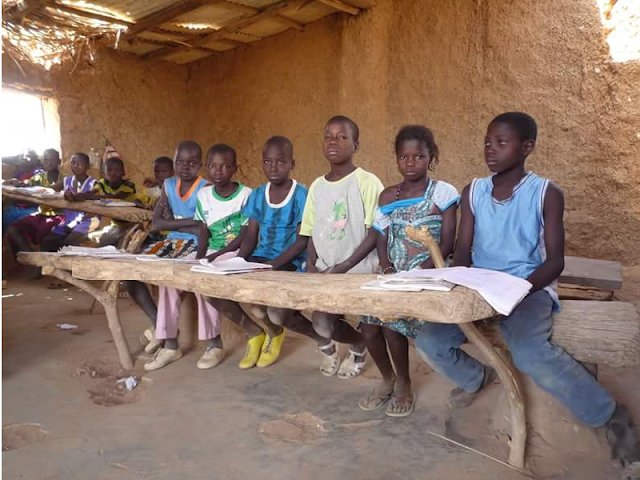 As you can see, Dogon Country agriculture needs a lot of investment, mostly low cost, because the projects are carried out by the people themselves. Now the development of this agriculture depends on the development of this people.
But this development, so that it is sustainable, must be able of being autonomous, and therefore self-financing. This is the main goal of the project with Madre Coraje.
From then on, everything will be in the hands of the Dogons themselves, and that is what is most important.

The purpose of this blog is not there, but just for once, I need you to be able to concretize this project. If you wish to participate, you can donate through the DNPLS online platform, indicating ARAF DOGON.
https://www.helloasso.com/associations/du-nord-pour-le-sud/formulaires/1/widget/en

Your participation may also be limited to spreading this article widely. The more sensitized people there are, the more opportunities there will be for solving this small, but serious problem.

And think that a like is good, but it does not diffuse. A sharing is much better.

Thank you for Dogon Country.

Photos by courtesy of Issiaka Konaté 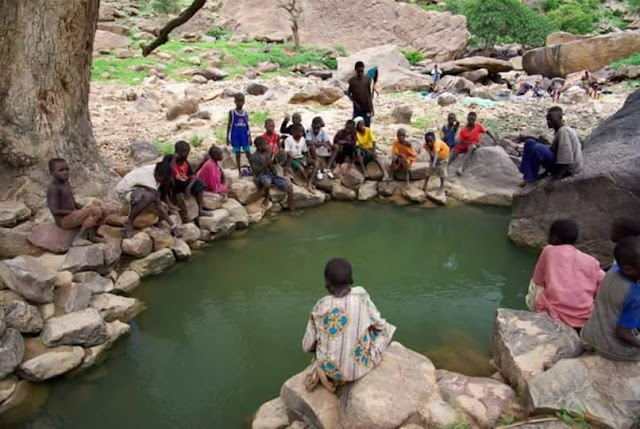