83- The spirit of plants -6- Spying or collaboration?

Serpentines are soils of harsh and rocky mineral formation, extremely rich in cobalt, nickel, chromium, potassium and phosphorus. These conditions are almost opposite to the needs of most plants, which look rather soft soils, with good drainage, and lightly charged with minerals, in order to have a healthy growing, with a good nutritional balance.
Yet serpentine harbor a peculiar vegetation, consisting generally of low development plants, often coniferous, scrubland kind.

A team of researchers of the John Innes Centre in the UK, wondered how plants, adapted to "normal" living conditions, could succeed in colonizing, live and multiply, in a so extremely hostile environment.
https://www.jic.ac.uk/news/2016/06/serpentine-plants-survive-harsh-soils-thanks-borrowed-genes/

They observed, to their surprise, that A. arenosa serpentine has a slightly different genome, with characters from another plant, concretely Arabidopsis lyrata, another cousin, usually adapted to life in serpentines. These genes are absent in "normal" A. arenosa strains.
For the moment, the formulated hypothesis is that A. arenosa managed to "borrow" the gene that allows it to survive in such difficult conditions.

Researchers will now accurately identify the natural mechanisms that led to this gene union, between certainly neighboring plants, but a priori incompatible.
Another question will be whether a plant has "borrowed" these characters, or if its cousin "graciously lent" them to it.
A fascinating debate in perspective, on the "vegetal psychology".

It is still very surprising that plants, in a totally spontaneous and natural way, are able to borrow genes to related species, to adapt to a hostile environment.
These are natural GMOs, whose aim is, as always, the survival of the species.

So as to prove, in the plant world also, need drives the law.

This is yet another previously unknown capacity in a plant world that continues to surprise us. 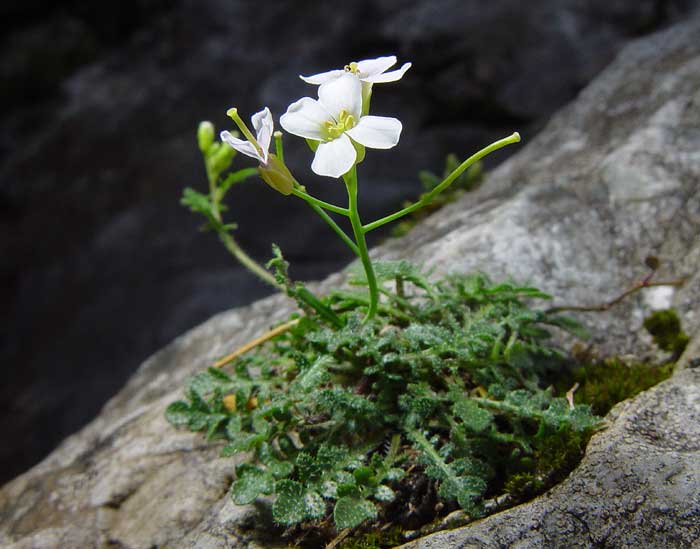