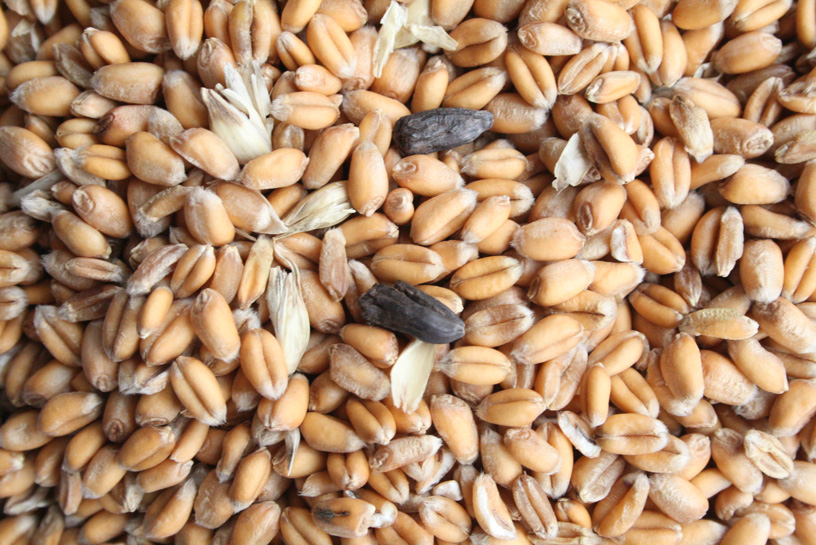 ALTERNATIVES TO PESTICIDES -1- WHY?

My previous article gave me the idea of ​​this new series, very important to face all challenges facing modern agriculture, in a context of societal demands for the reduction or even the prohibition of synthetic pesticides, and the need to maintain a highly productive agriculture that respects the environment and the health of consumers and users.

It seems interesting to me to take a look at what exists to replace them.
Because we will not make a sufficiently productive agriculture without means of phytosanitary protection. Although it is true that certain crops, under certain conditions, can be produced without any pesticide, the vast majority of agricultural production has an indispensable need for means of control and pesticides, whatever their origin, so that the production is sufficient, the farmer's income too, and that food safety is guaranteed to the consumer.

Even if I am certain of what I have just explained to you, I am also convinced that the organic movement has the great merit of obliging the whole agricultural sector to question itself, to change the way it looks at its own activity, to look for alternatives to the most negative aspects, in particular concerning the impact on the environment and the health risks.

It is therefore very interesting to know the alternative methods available or in development. Even though I am convinced that a pesticide-free farming is impossible, I am also convinced that it is possible to greatly reduce its use.
Many researchers around the world are trying to find solutions, because the removal of synthetic pesticides would have serious consequences for the productivity of agriculture, the increase in hunger in the world, and even the health risks of our food. One of all consequences would be a likely sharp increase in the cost of food, severe financial hardship for farmers in the affected areas, and some, often difficult to assess, risks of food insecurity. Roughly, we can estimate that the availability of food will be more difficult to maintain stable.
Dear readers of rich countries, don't worry. You will always have to eat. You are lucky, like me, to live in a solvent country, the target of choice for export, one of those destinations that will never be lacking in food because you can afford to pay for it.
But people in developing countries are likely to suffer much more from food difficulties than ever before, since the export of food could become an essential source of income for states and farmers.

New methods are especially attracting the attention of multinationals and some startups, determined to take advantage of a huge cake on the horizon, the massive supply of food to rich countries.
And that's normal.
There is a real need.
Changing mentalities, first in developed countries and then progressively in developing countries, is pushing agriculture towards organic production, or at least towards less pesticide greedy production.

Actually, it's not exactly that. Regardless of the method of production applied, and even while it is true that there are ways to reduce the pressure of attacks of many diseases and pests, the fact remains that crops will remain more or less sensitive to them.
In order to avoid excessive production losses, the farmer will implement all available means to avoid potential damage.

Organic farming forbids everything that is not of natural origin (with few exceptions), without guaranteeing the safety of the technique used, nor even the environmental risks it presents, as it is the case for copper or neem oil, or by the production of natural toxins by deficiency control of fungal diseases.

The conventional farmer no longer has any interest in using pesticides blindly. They are expensive, even very expensive, and they can have side effects on the crop itself, as is the case with pyrethroids with mites, which promote the development of other phytosanitary problems which in turn will require the use of more pesticides.

The two main directions of production, organic or conventional, thus come together on the bottom of the problem: any intervention in the fields has side effects and undesirable consequences.
Nothing is ever benign, whether using a respectful technique or a natural pesticide, or using a synthetic pesticide.

The subject of this new series is precisely to list the techniques and methods available to avoid the use of pesticides, especially synthetics.
On some crops, non-synthetic alternatives do not currently allow sufficient production.
But it will come, I don't know when or how, but it will come.

In the meantime, any ban not correctly prepared by the prior existence of a confirmed alternative solution, will have serious consequences on disponibility of food.
The likely forthcoming ban on glyphosate could prove disastrous, especially for virtuous production methods such as conservation agriculture, with a result exactly opposite to that sought after.
The ban on neonicotinoids, whose effects on bees are questionable and controversial, will also have serious consequences for some crops.

It would be better to place priorities, without bias, without ideology, according to indisputable scientific criteria, and to promote the search for solutions to resolve these priorities.

Many works are in progress or have already resulted. I will present them in several chapters of this series, and I will publish a new article every time an innovation deserves to be talked about.

In next chapters of this series, I will talk about the evolution of knowledge about pests and diseases, as well as the behavior of plants against these aggressors, pesticides of natural origin, living useful organisms that avoid the use of pesticides, the influence that the farmer can have on plant self-defense capabilities, the use of pheromones, the influence of biodiversity on parasite risks, genetic research etc. 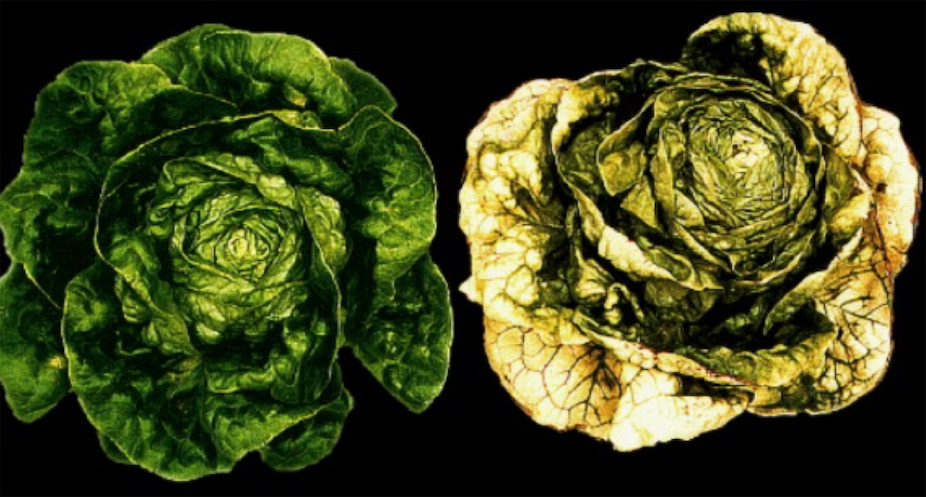 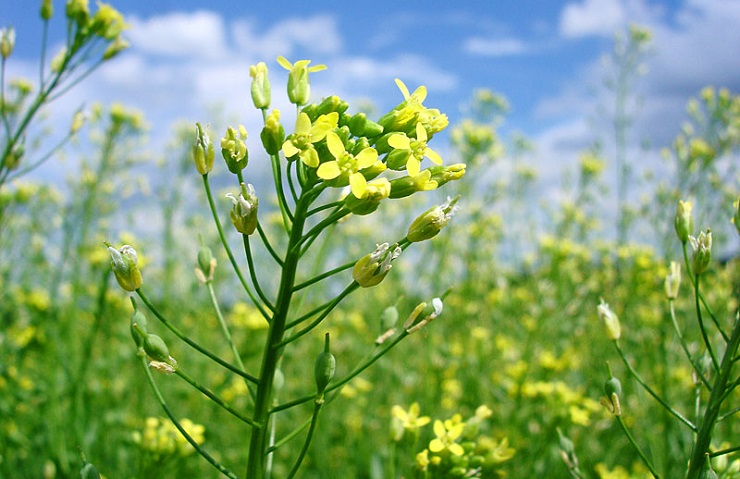 THE SPIRIT OF PLANTS - UNDER INFLUENCE

Today's theme is somewhat irrelevant, but it seems interesting to me to classify it in this series.
It happens that plants do not have a normal behavior, nor even coherent, because they can be put under influence, they can show unnatural behaviors, and it appears that they can't avoid it, that they "act against their will".

An article recently published in the digital periodical The Conversation in its French version, and written by Véronique Brault, director of research in virology at INRA (French National Institute for Agronomic Research), with the participation of Simon Bourdin, master student in "Scientific Communication" at the University of Strasbourg, explains how certain viruses, in order to ensure their propagation, are able to interfere with the behavior of their hosts, and in this case, the plants in which they are found.

"These viruses that manipulate plants
October 12, 2018

Mice that are no longer afraid of cats, crustaceans that float on the surface of the water instead of sheltering under the rocks, ants that disguise themselves as berries to be eaten by birds, humans who emit odors attracting mosquitoes ... these unexpected behaviors, sometimes suicidal, seem almost fanciful.

They are, however, present in nature, and they all have one thing in common: they are the result of parasitic infections. Indeed, many so-called "manipulative" parasites are able to alter the behavior and even the physiognomy of their host to facilitate their survival and propagation.

Plants do not escape the rule. Viruses that parasitize them are often very ingenious to overcome their immobility, using for this purpose mobile intermediate organisms called vectors.

The virology unit of the INRA in Colmar has recently highlighted a case of manipulation of the plant Camelina sativa by Turnip Yellows Virus (TuYV). This virus has the particularity of being transported from plant to plant only by an aerial vector, the aphid. The virus spreads more effectively if aphids are attracted to infected plants before they succumb to the infection.

Make the plant more palatable
Researchers have shown that TuYV causes plants to emit odors that attract aphids. This same virus also changes the chemical composition of the plant, making it more palatable - in a word, more tasty - for the aphid. Having a more adapted food, the latter feeds more and ingests more viruses, a net benefit for the pathogen that can accumulate in the aphid and be more effectively propagated to other plants.

Examples abound of such "manipulations" of plants by viruses, and studies reveal that these alterations of the plant induced by the virus can vary according to the virus in question and especially according to their mode of transport by the vectors.

For example, TuYV is a "circulating" virus: for its efficient transmission, the aphid must land on the infected plant and feed for a long time to ingest the virus that travels through the sap. The pathogen is then carried with the sap in the digestive tract of the insect and then through the cells of the intestine, before joining the salivary glands, where it is reinjected to a new plant.

"Circulating" viruses have a strong interest in inducing changes in the plant to attract aphids and stimulate their diet.

Optimize transmission
There is another category of so-called "non-circulating" plant viruses that don't pass through the insect cells but are retained in the oral tract at the stylet or esophagus of the vector.

In this group is, for example, the Cucumber Mosaic Virus (CMV) also transmitted by aphid. This virus causes infected plants to produce volatile substances that attract aphids but reduce the nutritional quality of infected plants, causing aphids to emigrate quickly.

These two contrasting phenomena are however perfectly adapted to the mode of transmission of CMV: the latter requires only brief punctures in the surface cells of the plant to be retained by the vector. The virus thus optimizes its transmission process by first encouraging the aphids to land on the infected plants and then encouraging them to leave these plants quickly after just tasting them.

This example demonstrates that the virus can, not only indirectly manipulate the plant to attract aphids, but also act directly on aphids to alter their behavior.

On the track of involved molecules
These observations raise many unresolved questions.

Why do not these examples of manipulation apply to all plants infected with the same virus? Why are there also variations in behavior according to the species of aphid considered even towards the same infected plant?

Current studies are therefore aimed at identifying in infected plants the molecules that are responsible for vector behavior changes, be they compounds that attract aphids or those that make them more appetizing. This identification would make it possible to envisage new control methods aimed at inhibiting the production of the molecules in question by infected plants, so that they no longer have this attractive power for aphids.

To date, the use of insecticides remains the best method for farmers to reduce vector populations and limit the losses associated with the viruses they carry.

A new control method based on the non-attraction or even repulsion of aphids for infected plants would reduce the spread of viruses in the field. To stop the dispersion of circulating viruses, it would also be possible to select plant varieties naturally producing little or no compounds responsible for the sustained ingestion of sap necessary for the acquisition of these viruses.

Understanding the fine mechanisms by which aphid-transmitted viruses manipulate their host plant to facilitate their spread represents a promising science front for the development of new control methods that are more respectful of human health and the environment. "