I just created a page on Facebook, based on this blog. 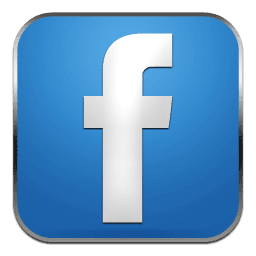 What for?
Because I do not want to change the philosophy of the blog, that is to say, to write on general topics related to agriculture, with the aim of popularization. The posts are intended for consumers that we are all, not necessarily aware of the daily problems of agriculture.
I also want to keep the permanent trilingual character in the blog. The many readings that  already receive my publications, in more than 50 countries, confirm me in this idea.

Yet this is, for me, a big work for writing and translation. In addition, I have to provide work and family activities in a normal way, leaving me little time for writing.

So I can not quickly publish an article in French on an interesting topic, because my Spanish or English readers would not understand it.

So I decided to create this page on Facebook where I can share quickly and as often as necessary, articles from other blogs, general or scientific publications, in only one language, and that seem interesting to me, and complementary to the blog.

This week, through the web page Forumphyto (see link in the right column of this blog), I got an article that I found original in its argumentation.
In an opinion column of the Argentine digital newspaper ON24 of July 1st, Alcira Cavallo, of CASAFE (Argentine association of technology companies for crop protection), issued the following note. It seemed very interesting to me, so I decided to translate it in full.

The link, in Spanish, is as follows:
http://www.on24.com.ar/agro/4062/es-necesario-cambiar-el-temor-por-el-conocimiento

It is necessary to replace fear with knowledge.
The debate on the benefits of pesticides and their impact on people and the environment is an outstanding issue.

The questions about the use of products for crop protection in historically related to agriculture areas, require to strengthen the relationship between the productive sector and society.

The broad debate on the use of pesticides and productive efficiency, quality of food and its impact on the environment and the population, is one of the outstanding issues in Argentina.

"The management of pests and diseases is not a whim, its main grounding is the guarantee of food quality; the second objective is yield, "says Alicia Cavallo, from Department of Plant Protection, Faculty of Agricultural Sciences, National University of Córdoba. And she adds that "one of the most effective methods is the use of products for crop protection, specific and properly applied."

However, she insists that "not use any type of control can lead to total loss of crop or to quality problems" with serious repercussions for human consumption. For example, Alicia Cavallo notes that "a fungus as fusarium, which corn can carry, is itself toxic and carcinogenic."

For the specialist, the first synthetic pesticides brought into the country after the Second World War, and those used in agriculture today are "almost day and night. In addition, most of those that are used on a massive scale are products whose toxicological risk is constantly improving".

From her point of view, the controversy over the use of products for crop protection comes from "people who are not specialists in this field and build unscientific theories, often influenced by ideological positions that end demonizing it".

To this, must be added disbelief of public administrations. "If we do not believe control agencies, international organizations, the World Health Organization or the FAO, the situation becomes chaotic because it is no longer recognized any kind of authority",  she explains.

All this leads to "the belief that everything chemical is toxic and that all that is natural is healthy. This dichotomy scares people, and it is on these bases that are created anti-pesticide movements, which is serious », she says.

In return, she proposes to convert fear into knowledge. For example, some herbicides that are applied to the soil may reach the superficial groundwater when applied at very high doses, as was the case with atrazine in Europe, where the disadvantages were due to excessive doses applied to unsuitable soils. The products tended to leach into the soil and to reach groundwater, sometimes very superficial. "But if it is applied with a proper dose and a proper way, there should be no inconvenience."

Regarding responsibilities, Alicia Cavallo emphasizes the need to monitor the applications of pesticides by professionals. "A pesticide can not be applied by anyone. For this, there are agronomists who do long studies to take charge of that. The professionalization of activities related to pesticides is fundamental, "she insists.

In addition, the absence of a legal framework at the national level led to the disparity of criteria, disorder and lack of control in many districts. "Here in Córdoba, there is a law (Nro. 9.164/04) and there are many inspectors in the field. A prescription is required for agricultural pesticide application, there are penalties and spraying machines may be confiscated if they do not have accreditation in good standing and that of their users, "said Alicia Cavallo . Anyway, "products categories I and II can not be used within 500 meters of urban areas, which is a very important restriction," she analysis, noting that "there is very little products that can still be used nearby cities. "

Regarding fear in the public, Alicia Cavallo believes that "if people were properly informed about what is going to happen, they would no longer be afraid." In this sense, she emphasizes that companies should strengthen the relationship with society, from universities and colleges of agriculture to rural populations. "If people were well informed, if they properly knew what are the products for crop protection, they should much better agree with their use," she said in conclusion.

On the other hand, control standards applied in the province of Córdoba, are very similar to those already applied or being put in place in the European Union and many other countries worldwide. Awareness by governments of the risks caused by the misuse of pesticides, led to a gradual hardening of all standards of use.

Professionalization is already a reality in many countries.

But what is most lacking, is a realistic and unbiased communication directed towards the general public, to "replace fear with knowledge".
We can not allow this communication to be left in the hands of private organizations, because it is often altered "by ideological positions that end demonizing it."
Publicado por Christophe Bouchet en 20:07 Aucun commentaire: