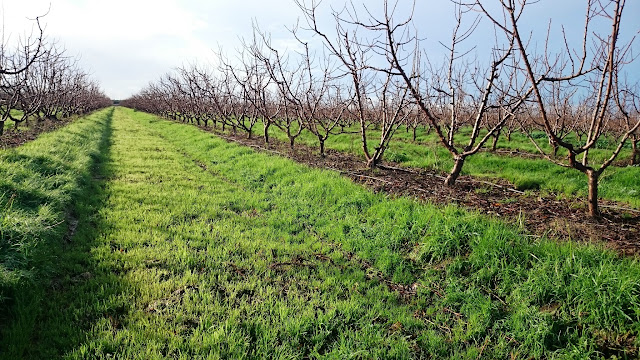 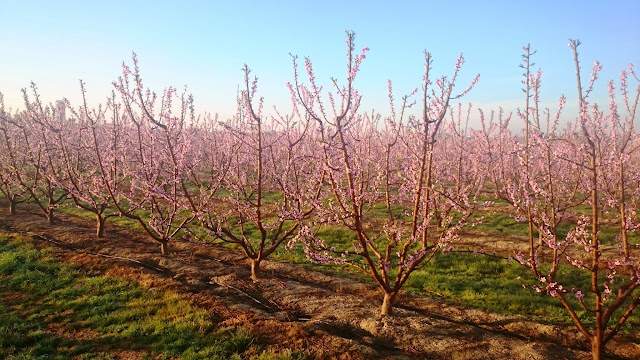 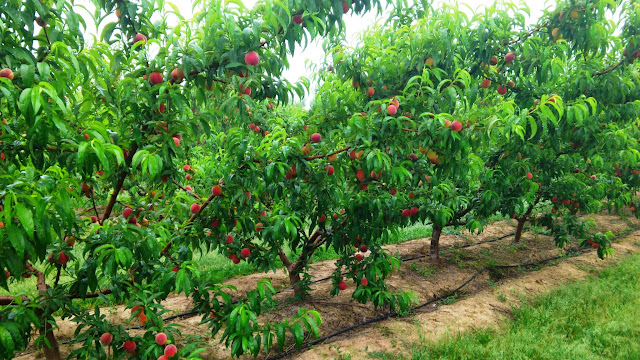 66- Plant protection -4- On the boarders of the natural

ON THE BORDERS OF THE NATURAL …

Organic farming has to solve the same problems as conventional farming. In fact, it uses many pesticides, extracts or decoctions of plants (neem extract, rotenone, nicotine, pyrethrum, nettle liquid manure, etc.) and minerals (potassium soap, copper, sulfur, calcium compounds or even arsenic in some countries, etc.) or others, but whose purpose is the same, preserving the productivity of the crop.
But in recent years, some molecules such as spinosad, insecticide synthesized by bacteria, were allowed in organic farming, because its production is natural, although the process is completely industrial. In this case, it's the US giant of chemistry, Dow Chemical that makes it.

All this is fine, but leads us to a very serious reflection on a subject which strongly aggravates the societal debate on the use of chemicals in agriculture.
I was thinking to write a post about an article on this delicate subject from a long time. To be honest, I did not really know how to do it.

But recently, ForumPhyto published an article (http://www.forumphyto.fr/en/2016/01/07/comment-produire-un-herbicide-naturel-wackes-seppi-andrew-kniss/ )
which speaks of an article by Wackes Seppi (http://seppi.over-blog.com/2016/01/comment-produire-un-herbicide-naturel.html )
which translates an original article by Andrew Kniss (http://weedcontrolfreaks.com/2016/01/how-to-make-a-natural-weed-killer/ ).

Well, as you can see, it is something like a chain reaction, but the topic results to be not only interesting, but still quite essential.
The basic question is: "when talking about pesticides, where ends the natural?", And the corollary question "on what real criteria should we consider a pesticide, natural or not?".

“How to Make a Natural Weed Killer
January 6, 2016 Posted by Andrew Kniss*

Well over a year ago, I wrote about a homemade herbicide containing salt, vinegar, and dish soap.

“Many of you have probably seen it posted to Facebook or Twitter or Pinterest, or on your favorite home gardening site. One of my favorite descriptions calls it a “magical, natural, weed killing potion.”

That particular potion certainly kills weeds, but it isn’t natural (and it certainly isn’t chemical-free). It contains dish soap and vinegar, both of which are synthesized industrially, so it isn’t natural by most definitions of the word. That’s disappointing, because people really yearn for a natural weed-killer. They want to kill the weeds around their homes and in their gardens, but they don’t like the idea of using a synthetic pesticide. Most people (including me) would prefer to use something natural, all else being equal. Unfortunately, there are very few truly natural products that work as effective herbicides.

That being said, I’d like to introduce you to a fascinating chemical named bilanaphos. In the early 1970’s, bilanaphos was discovered independently by two different laboratories, one in Germany and the other in Japan. Both groups isolated this chemical from Streptomyces bacteria; S. viridochromogenes in Germany, and S. hygroscopicus by the Japanese group. Bilanaphos is produced naturally by these naturally occurring bacteria. So, by nearly any definition, bilanaphos is natural.

Bilanophos – a natural compound isolated from at least two species of Streptomyces bacteria.

The scientists in Germany and Japan both learned early-on that bilanaphos had strong weed-killing properties; when it was applied to plants, the plants died. Upon further investigation, scientists in the German group recognized that only part of the full bilanaphos chemical was required for herbicidal activity. In fact, when bilanaphos enters the plant, about half of the molecule is quickly chopped off, leaving behind a smaller molecule – phosphinothricin. It is this smaller molecule that acts as an herbicide in the plant.

So we have a natural compound (bilanaphos) that is converted naturally by plants to another compound (phosphinothricin) that works very effectively as an herbicide. And it turns out that some Streptomyces species naturally produce a small amount of phosphinothricin also. That sounds very much like a natural herbicide, right? Not so fast…

Phosphinothricin (better known in the US as glufosinate) is widely used as an herbicide today. It is the active ingredient in herbicides like Rely (mostly used in tree and vine crops), and Liberty (most commonly used in conjunction with Liberty Link crops). But even though the chemical occurs naturally, and was first discovered by extracting it from naturally occurring bacteria, the commercial herbicide is produced synthetically. So it is not considered a ‘natural’ herbicide.

The story of phosphinothricin, while very interesting, is not unique. A huge number of scientists around the world are searching nature to find new chemicals that have antibiotic, pesticidal, or other useful properties. Between 1997 and 2010, USDA scientists estimate that about 69% of all new pesticide active ingredients registered by the EPA were either natural products, synthetic products derived from natural sources (like phosphinothricin), or biological in nature. For example, another commonly used corn herbicide was discovered after an initial observation that few plants could grow underneath a red bottlebrush bush in a garden. But weed killers are actually the smallest component (less than 7%) of these new pesticides of natural origin; around 30% of new insecticide or fungicide active ingredients are either natural products or natural product-derived.

Currently, the FDA is struggling to define the word natural on food labels. It is an often-used marketing term with no clear definition. It may be even more difficult to define when discussing pesticides. As the phosphinothricin example shows, the lines between natural and synthetic can get blurred quickly. Is it natural because it occurs in nature? Or does it have to be physically extracted from nature to be considered natural?

The ‘natural or not‘ distinction can distract from what is really important when discussing pesticides. If the compound is structurally the same, the naturally occurring and the synthetically produced versions will share the same properties. The properties of the compound are far more important, in my opinion, than the source of the compound. Is the pesticide safe for applicators and the environment? Does it break down quickly in the environment to non-toxic products? If so, then I’m much less worried about whether it is natural or not, regardless of how we define natural.

But there are questions related to the source of the product that can be important. In particular, which has a greater impact, synthesis in the lab? Or extraction from natural sources? I rarely hear discussions related to this question, but this is among the most important questions related to natural products (provided they are deemed safe). If we can efficiently extract a renewable resource from nature, and avoid the energy and fossil fuel requirements of synthetic production, then a naturally produced product sounds pretty good to me. But if extracting something from nature means we’ll have a greater negative impact on the environment than we would producing it in a factory, then please give me the synthetic version.

The man has always be inspired by Nature to evolve. Chemists as well. Despite the power of his imagination, man has not yet found a better source of inspiration that Nature herself.

But ultimately, we come to a relevant note, full of deep consequences:
If pesticides copies of natural molecules, but manufactured synthetically, were allowed in organic farming, most crops could find reasonable solutions for almost all of the usual pest problems, and we could actually witness an explosion of Organic Agriculture.

So when will the organic ideology relax its criteria so that integrated farming can at last find its rightful place?
Should not we give the chemistry of the imitation of nature a greater protagonism?
Are we sure that the extraction of natural substances are not detrimental to the environment, and the staff who works there?
Is it not high time that we reasonably study the real needs, disregarding the limits established by the dogma?

We know how to make a very environment friendly agriculture, while being productive, efficient to solve the problems of humanity, not wasting, and reasonably profitable for farmers.
In the current state of knowledge and available means, contrary to what some claim, it is not possible to make a 100% organic production of food to feed 7.5 billion inhabitants. However, it would be possible to do in a very high percentage, if we accept the "pesticides copies".

It is very damaging to everyone that the debate has been so corrupted by shortsighted dogma, culminating in recent years on an authentic "agri-sharia" true holy war against chemistry, without any deep reflection, based above all on a media hype, without impartial scientific support, essentially repeating past mistakes.
No one denies today, that the "Green Revolution" has had negative consequences in many respects, despite its good original intentions.
But the lack of scientific knowledge was the basis of these errors, and the needs of the post-war justified it.

Things have changed a lot in 50 years, but it seems that only farmers know that.
Some real political support, and a few good Media corrections may be enough to put the record straight.