Today I feel especially proud to be French, proud of the values ​​of freedom and tolerance that I have been given by my parents and the education I received.
Terrorists have hit the capital of my country, killing innocent people, people who have nothing to do with ideology, people who were there only to enjoy life. The Republic is sad. 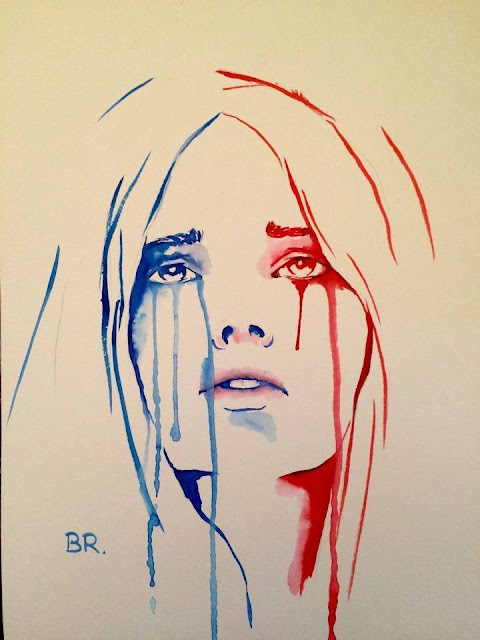 Drawing of Benjamin Regnier, Marianne, symbol of the French Republic, crying for victims.

I liked this text found on social networks:
"It is may be a reader of the New York Times which speaks best of us and what happens to us," France personifies what all the religious fanatics of the world hate: enjoy life on earth by a small multitudes pathways: a fragrant cup of coffee with a croissant in the morning, beautiful women in short dresses smiling freely in the streets, the smell of warm bread, a bottle of wine shared with friends, some perfume, children playing in the Garden of Luxembourg, the right not to believe in any God, do not worry about calories, flirt, smoke and have sex without necessarily being married, take a vacation, to read any book, go to school for free, play, laugh, claim, make fun of priests as politicians, let anxiety about the afterlife to dead people.
No country on earth live better than the French.
Paris, we love you. We weep for you. You cry tonight, and us with you. We know that soon you will laugh again, sing, make love, and heal, because the love of life is your essence. The forces of darkness will flow back. They will lose. They always lose. " 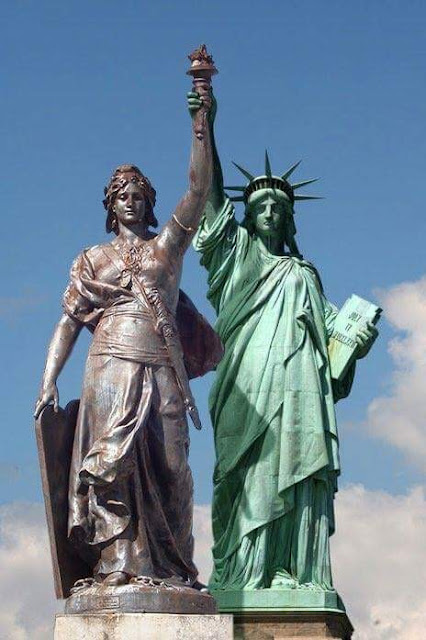 Photo montage published on Facebook associating the  Statue of Liberty and Marianne.

French society, and all societies that have made the defense of freedom a priority item to the point of include it in their constitution must continue to live normally.
Changing our lifestyle would award a victory to the terrorists.
But we must not forget, and we must unite to defend these freedoms, the foundation of our democracies. 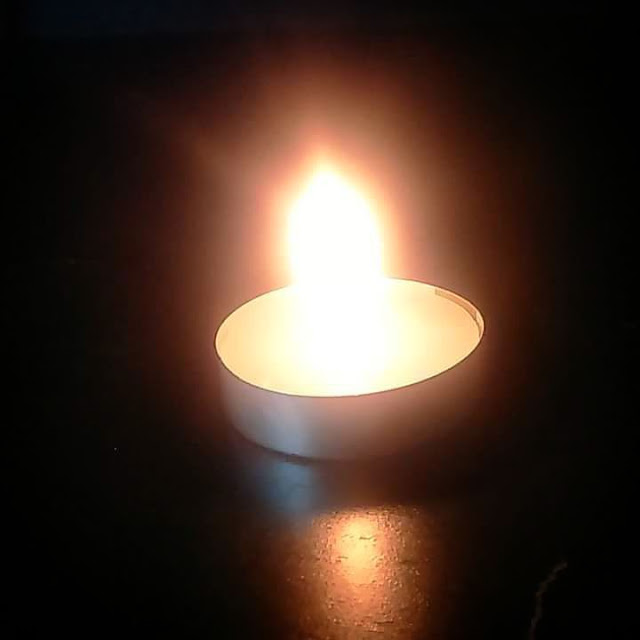 Victims and their families are suffering or have lost their lives in the most unjust and abject way, let's make so that their sacrifice is not vain.
And let's not forget to involve the victims of the terrorist attacks that hit the world for the same reasons, whether in Lebanon, Israel, Syria, Iraq or elsewhere. Paris has turned into a symbol because it is a peaceful country. But these horrors occur daily in many countries around the world where peace is only a hope.

Let's stand united against these crazy, these barbaric fundamentalists of all religions who manipulate and distort the sacred texts to make weapons of war and destruction with them. 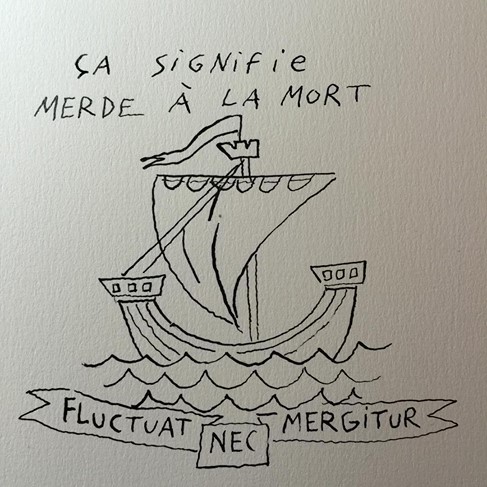 Drawing of Joann Sfar ("it means shit to death")

And let's all resume Paris' currency, which found again its meaning on that sad Friday "fluctuat nec mergitur" (Tossed but not sunk). The terrorist storm hit, but it gets up to fight.

A photo of the painting "Liberty Leading the People", work of Eugène Delacroix painted as a result of the Revolution of 1830, is filed among the flowers on the premises of Friday's attacks.
Publicado por Christophe Bouchet en 16:14