Today I would like to celebrate the birth of an interesting initiative in France, to promote agriculture communication towards consumers, Agridemain (« Agritomorrow »).
This is a movement that brings together professionals from all branches of agriculture. It is intended to make it know, as professionals experience it in their daily reality.
You can visit the website www.agridemain.fr or follow it on Twitter @Agridemain.

Recent surveys show that French people has a good opinion of farmers, but don't know absolutely anything about agriculture (http://www.bva.fr/fr/sondages/les_francais_ont_une_image_decalee_de_la_realite_de_l_agriculture.html#.VrPPiLsPl0Q.twitter ). It must be said that agriculture communicates little and badly in France. The public regularly hears about it only before and during the "Salon de l'Agriculture de Paris", the most important agricultural show in France, as an outdated image, which is more folklore than reality. The public also hears during protests of all kinds, but accompanied by heaps of manure, singeing of tires and traffic jams. Finally, to top it off, he hears about agriculture through reports ordered or supervised by environmental lobbies, powerful and organized in France. They perfectly detected this gap and this ignorance. For them it is a royal way of manipulation of public opinion. Thus in recent years, France sees surge on its radio and television, by the use of primetime programs, eager to earn a little more audience share, reports, well built, distorting the truth, inducing error or outright lying. The clear objective is to discredit conventional agriculture to promote development of organic agriculture, and put pressure on the authorities to ban everything that is not to their taste, starting with pesticides.
The latest, in France, is a "Cash Investigation" magazine report, broadcast on February 2 that accumulates the lies and distorted information to deceive the viewer. Moreover, it is an absolute scandal for a public service television channel.
Gradually, in the public imagination, the farmer changed of being the feeder of the country, becoming the polluter without soul or conscience. This is even more serious than the various governments, both right and left, have been influenced by this image and harden at leisure the already stringent European requirements. French agriculture is in crisis, largely caused by this situation. I cannot tell if it is greater or less than its European neighbors, but the crisis is real.

I therefore congratulate the initiators of this launch, which only can move in the right direction. However, I would make two points:

I am not convinced by the chosen name. Agridemain means that today agriculture is ahead of its time. It's beautiful, but it is, in my opinion, next to the plate. You will interest young people, and technology specialists, that's good. But for now, you must above all convince housewives. After all these sensational publications, always against agriculture, consumers are worried, they are wary of what kind of food is proposed to them. In short, they first need to be reassured. I think a term in a style like "agriconsciousness" would have been more appropriate to this objective.
Because agriculture has to demonstrate that it is aware of the stakes of its responsibility to the environment, to the health of consumers and neighborhood, of long-term impact of its activities, etc.
Reaching mothers, you reach the whole society. Never forget that human societies are shaped by women. They are who transmit ethic and social values ​​to their children through the education.
But hey, don't let’s quibble, the initiative is good. Let's give it time to grow and mature.

In addition, I cannot help regretting that this is a Franco-French initiative, without European reach.
French farmers show for several years a clear rejection of their European colleagues and associates. It may be understood, but it is a mistake. Whether they like it or not, they are European, and benefit greatly. Europe is their main export destination. European farmers are not responsible of wage differences that create unfair competition. European farmers are facing the same types of problems and the same normative constraints.
These actions, moreover very laudable, would be much more coherent and effective, if conducted on a larger scale, and concern the whole European production.
But hey, don't let's quibble, the initiative is good. Let's give it time to prove itself.

But I would also like to advise my non-French colleagues to observe this interesting initiative, and to learn about it. What is happening in France, this real rejection of a certain type of agriculture, disreputable although unknown, can happen at any time, in any developed country.
Remember that modern societies are inexorably moving away from traditional occupations, cluster around cities, losing contact with the countryside and its culture.
It is therefore imperative to fight to keep this culture alive.

I'll tell you about the example of Spain. This is the one I know best since I live there for over 20 years.
People here love the countryside and farmers, of whom they have a very positive image. They also have a positive image of the quality of food and of the Spanish agricultural production.
Spain is not however an example devoid of criticism. French farmers did to Spanish agriculture the same cabal than they are now complaining.
To denigrate this agriculture that makes their competition, they voluntarily hyped real problems, but anecdotal, forcefully television reports, on the Spanish strawberry, on illegal wells, on the exploitation of immigrant labor, on the lack of respect for the environment. True, these cases exist.
But French slaughterhouses are they all rotted on the pretext that one of them is poorly managed and does not follow the rules?
Is there no French farmer who over-exploits its workforce?
All French farmers are they perfect ecologists, always respectful of the environment?

Come on, come on. Look for one or two unscrupulous French farmers, it should not be difficult to find, and therefore order a sensationalist journalist to make a steep report on it. You will see the result.

Nevertheless, in Spain, agriculture is present every day on the radios, on television or in the newspapers. It is talk about many things. It is talk about everything without taboo, about different crops, about the environment, about water management issues, about development efforts of new protected designations of origin, about phytosanitary issues and their consequences, about organic agriculture, about integrated production, about new technologies applied to agriculture, about efforts to improve production.
It is broadcasted at times when people can hear or see it. It is for example on the radio, on RNE5, the 100% information channel of the national radio, which I heard for the first time of old thousand-year-old olive trees and their oil (https://culturagriculture.blogspot.com.es/2015/11/57-venerable-ancestors.html ).
There are also some specialized programs, on national television (Agrosfera or Agricultores) and many programs on all autonomic televisions (Campo y Mar for example in Andalusia). 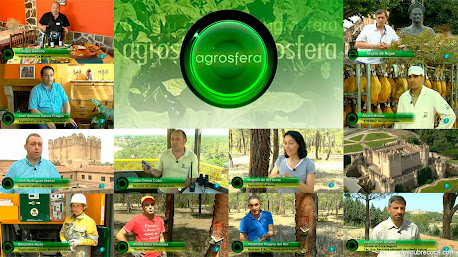 People, consumers, are familiar with the trades and agricultural problems. They are not experts, but they are pretty much aware of what is going on.

It is true that the Spaniards in general are relatively little concerned about environmental issues. It comes gradually, but we could say that if a comparison is made with France, the public concern for environmental issues and ecology, is roughly what it was in France there are about twenty years.
This does not prevent Spain for have the first organic farming in Europe, growing steadily.

Well, all that to tell you my very favorable opinion to an initiative that was becoming very urgent. Obviously there is a huge gap between what the civil society believes, and reality.

But it is a pity not to have conceived it from the start, as a large European movement.
The rest of the world has to observe and take inspiration from this initiative, to maintain or redevelop knowledge and familiarity with agriculture.
Whatever say some, one of the major agricultural issues, not only for 2050 but for the centuries to come, is to be able to feed a world population that continues to increase, and which nobody is able to say at what level it will stabilize, or whether it will stabilize.
Agriculture must continue to modernize, to enhance productivity, but also to respect an environment that the mere presence of excessive human population threatens.
All the necessary progress may go through changes, difficult to accept for an unprepared population. See what's happening with GMOs. The opposition is so strong against this technology, that in itself is not dangerous, that it is preferred to let millions of people die, rather than allow the solutions available by biotechnology (https://culturagriculture.blogspot.com.es/2015/09/53-gmo-why-not.html  and still https://culturagriculture.blogspot.com.es/2015/10/56-bluff-conspiracy.html ). The bottom of the problem is misunderstanding, ignorance, lack of culture, and left the field open for activists of all stripes.

So let's communicate, loudly, clearly, openly, without shame, without hiding anything, with all the necessary explanations. Let's bring agriculture into homes, in a natural, attractive, frank and frequent way.
See recently, during the Super Bowl, the biggest sporting event in the US, one of the advertisements for cars is a wonderful tribute to farmers. Anything is possible, everything is possible if one has the will.
But let us never forget that a well-made and effective communication requires the participation of professionals in agriculture, with the support of politicians and the help of communication professionals.