21-too good to be beautiful

Here's one of the things that annoy me the most in commercial subjects, and which is one of the perverse effects of standardization.
I promise it to you since 2 weeks and this is one of things that inspired me for starting this blog.

Here is a yellow-fleshed nectarine that is harvested here in Seville, in the last days of May.
It is a bit outdated because of his deformities and his lack of durability after harvest. The basis of its problems is its tendency to have a prominent lip. The lip is the suture, the "line" of separation between the two hemispheres. When you eat an apricot with your fingers, and you want to remove the stone, you usually separate the two hemispheres by the lip, the suture.
The lip, when it's prominent, is a weak point, which tends to soften before the rest of the fruit, resulting in a heterogeneous ripeness. You can have a melting and juicy fruit on the lip, but the rest crunchy or green.

In short, this variety is very good. But it has another defect also serious. Sometimes it gets to be too good.
Too good?
Some varieties of nectarines have an epidermal fragility, which makes that the very high sugar level, causes the breakdown of lenticels around the pistil area. The lenticel is a kind of pore, which allows gas exchange between the atmosphere and the fruit, its sweating and breathing.
When a lenticel bursts, it becomes corky by healing effect. When many lenticels suffer the same fate, it forms a more or less corky area, making the fruit less beautiful.
On some varieties, sensitive to this epidermical phenomenon, the main cause of lenticels bursting, is the "sugar spot" as the Americans say. It is, in this case again, an osmotic effect, caused by the high concentration of sugar in the fruit. The rain water or dew is drawn into the fruit, causing the breakdown of lenticels.

Here is a small demonstration of the relationship between appearance of the skin, and sugar level.
If you read my post last week (20 - measuring the quality in the orchard), you know that we use a refractometer for measuring the refractive index RI. You will also recall that we consider a peach or a nectarine is superior quality if the RI is above 12ºBx.

As I know the variety well, I had no difficulty to realize these pictures. By cons, I tried to take always similar size fruits. Indeed, as regards the peach, there is a direct relationship between the size and the taste (CTIFL work, once again, in France). In fact, it should rather be said, that the more the fruit is smaller, the more gustatory potential is low.

Here is the variety, as it stands for a first category. You see some corky lenticels, these small brown spots on the skin. The red color dominates and spots are small and spaced. Below, the RI reading. Here 13, a high quality fruit. 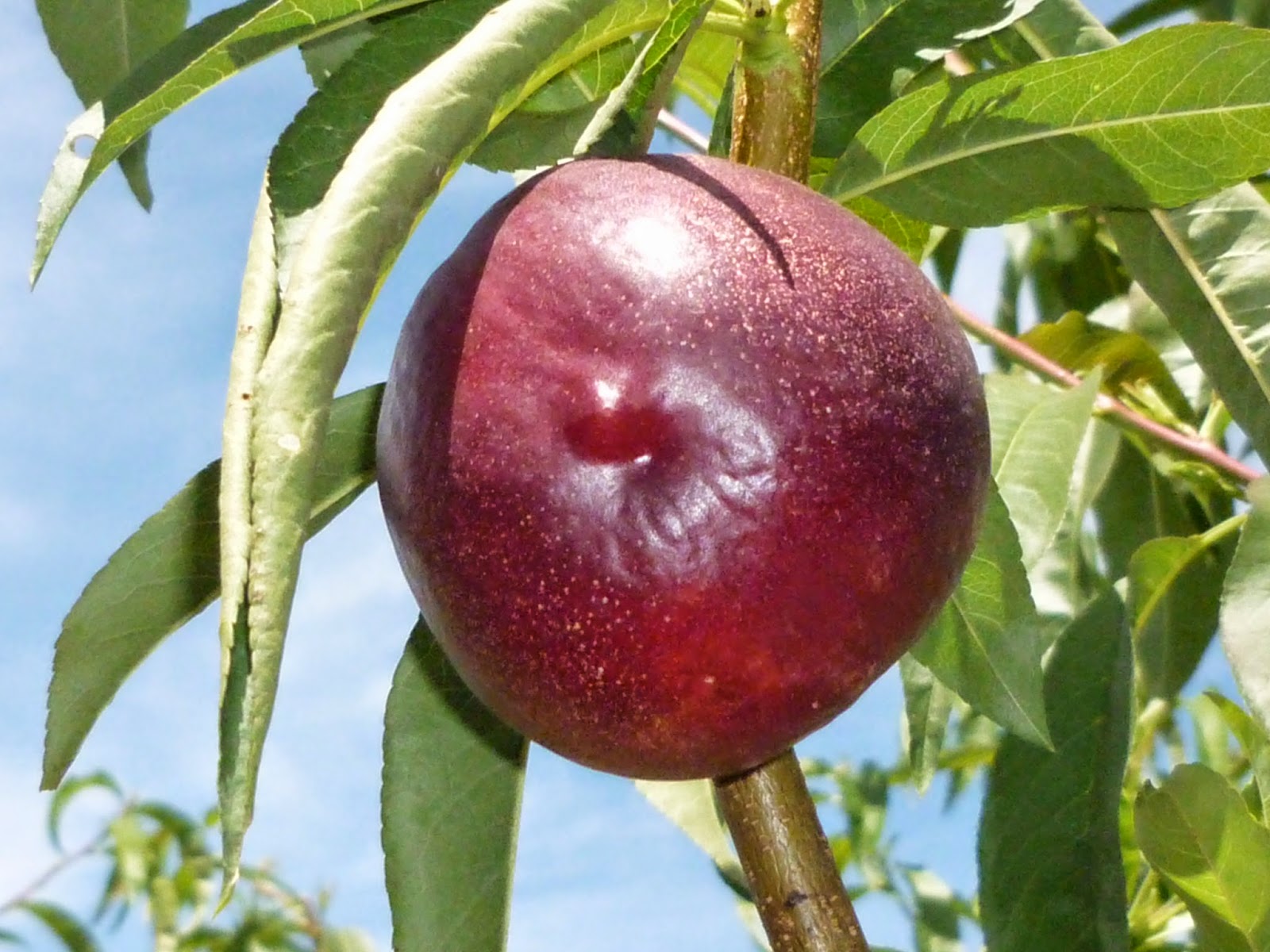 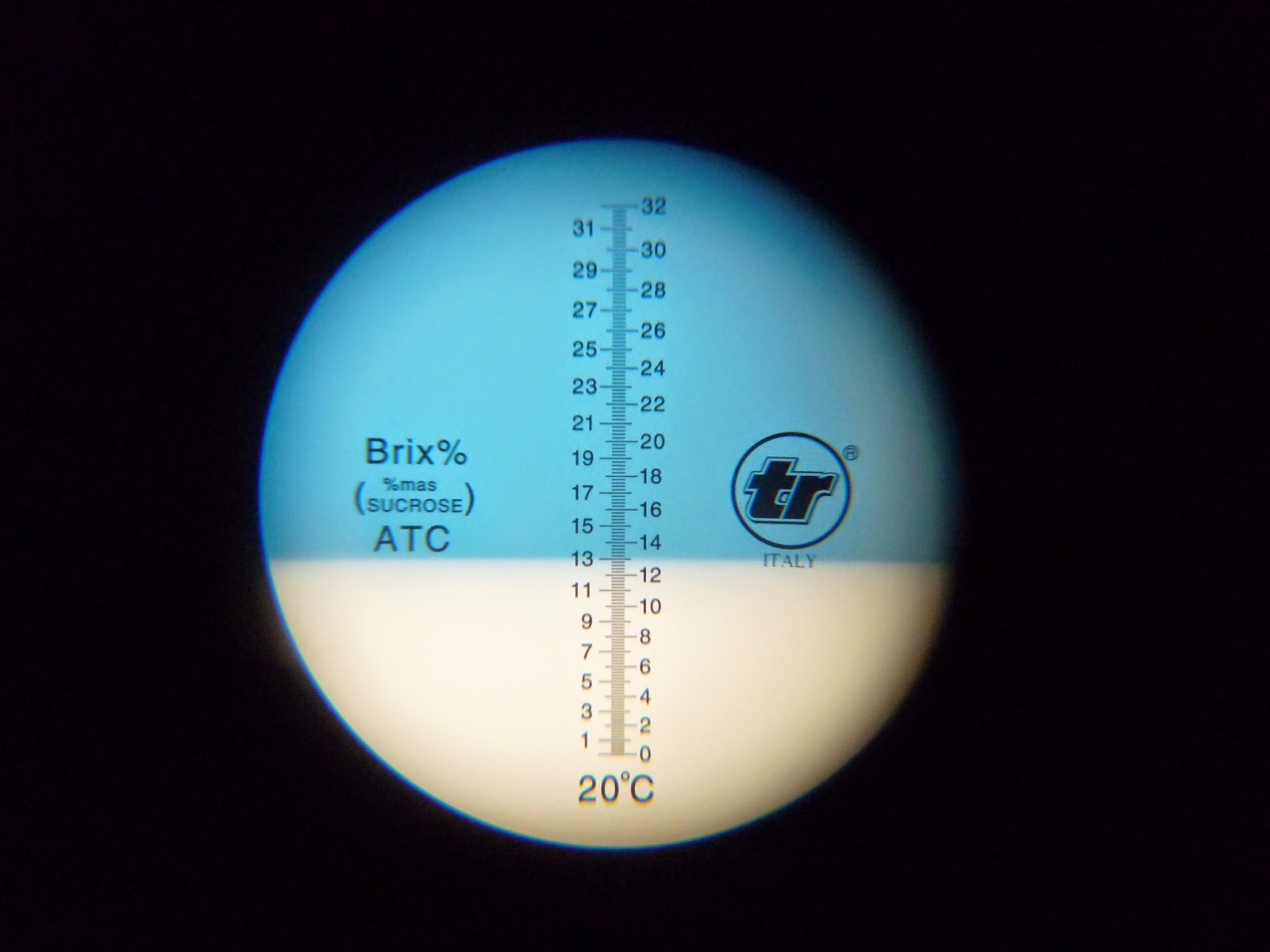 Here is a fruit which, by its presentation, will go to second category. Many lenticels are erupted, giving the brownish appearance, with fairly large spots, changing its appearance. Below its reading of RI. Well, we got more than 16. A remarkable fruit. 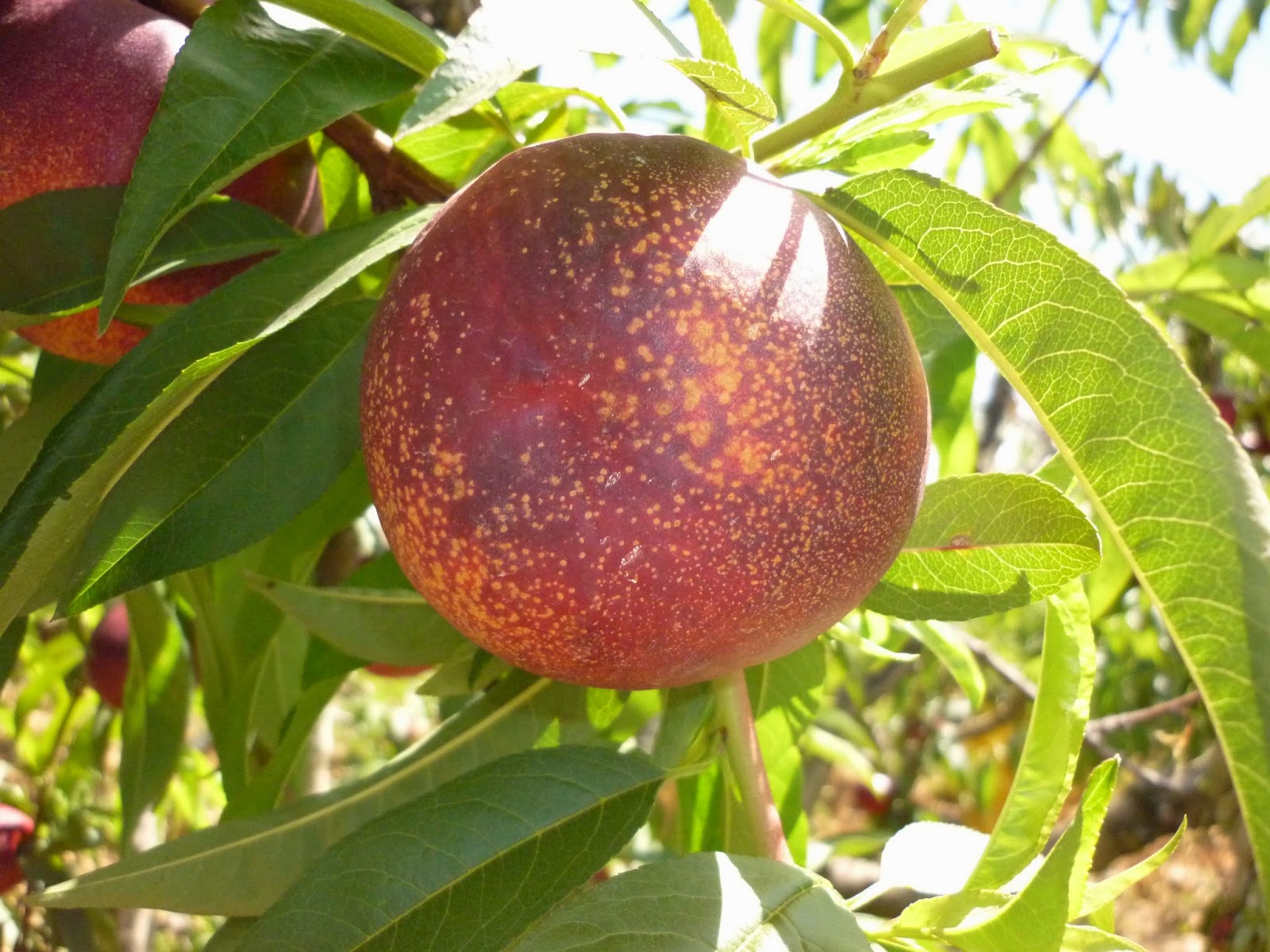 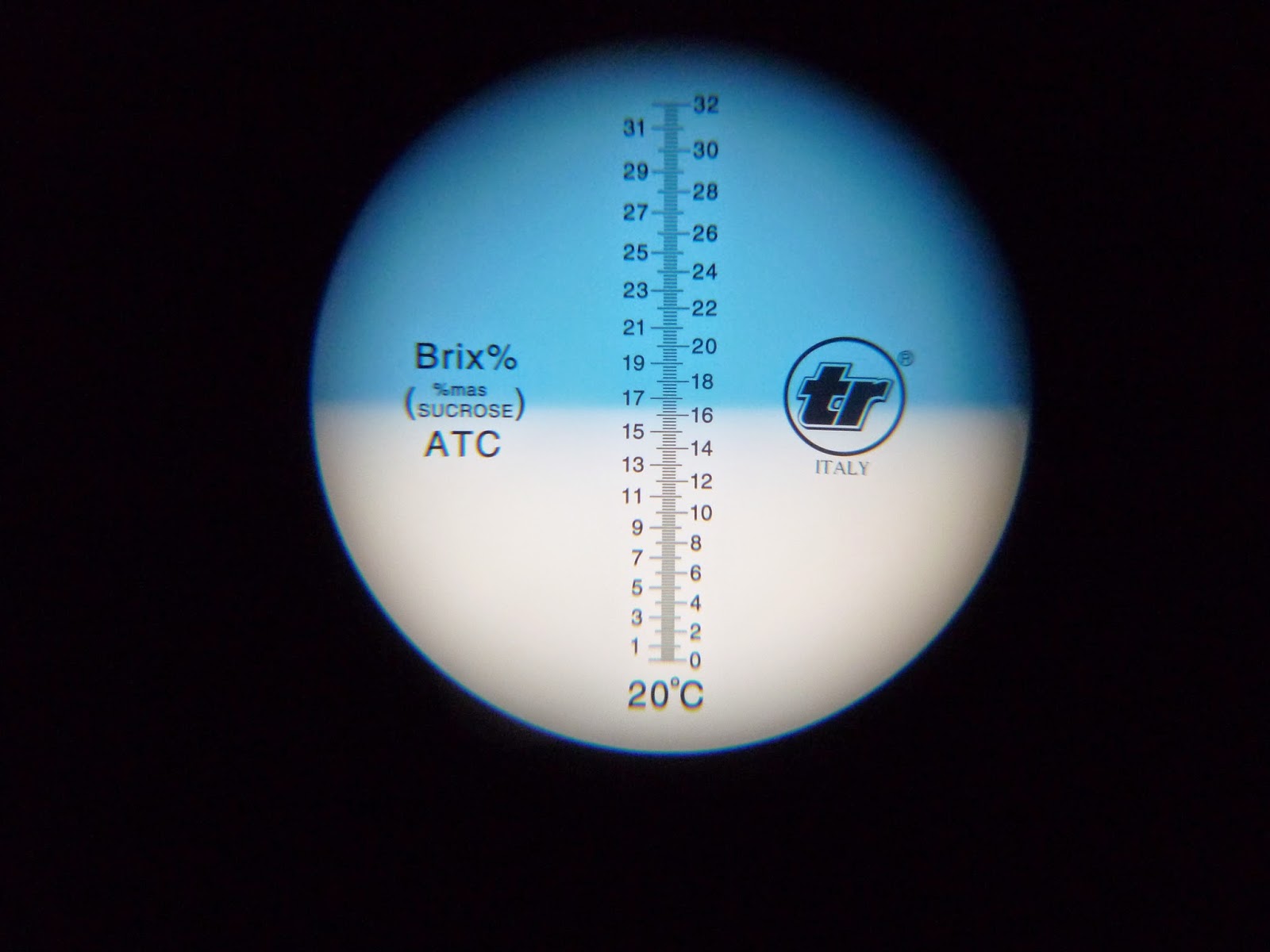 Finally, here is a fruit with a lot of erupted  lenticels, forming wide brown areas, and even causing some cracks due to the lack of skin elasticity in corky area. It will, at best, classified in second category (if the market is calling for a lot of fruits), but it is likely to end in the trash, or industry. Below here, too, the RI reading. Here 19. Exceptional fruit is exceeded. 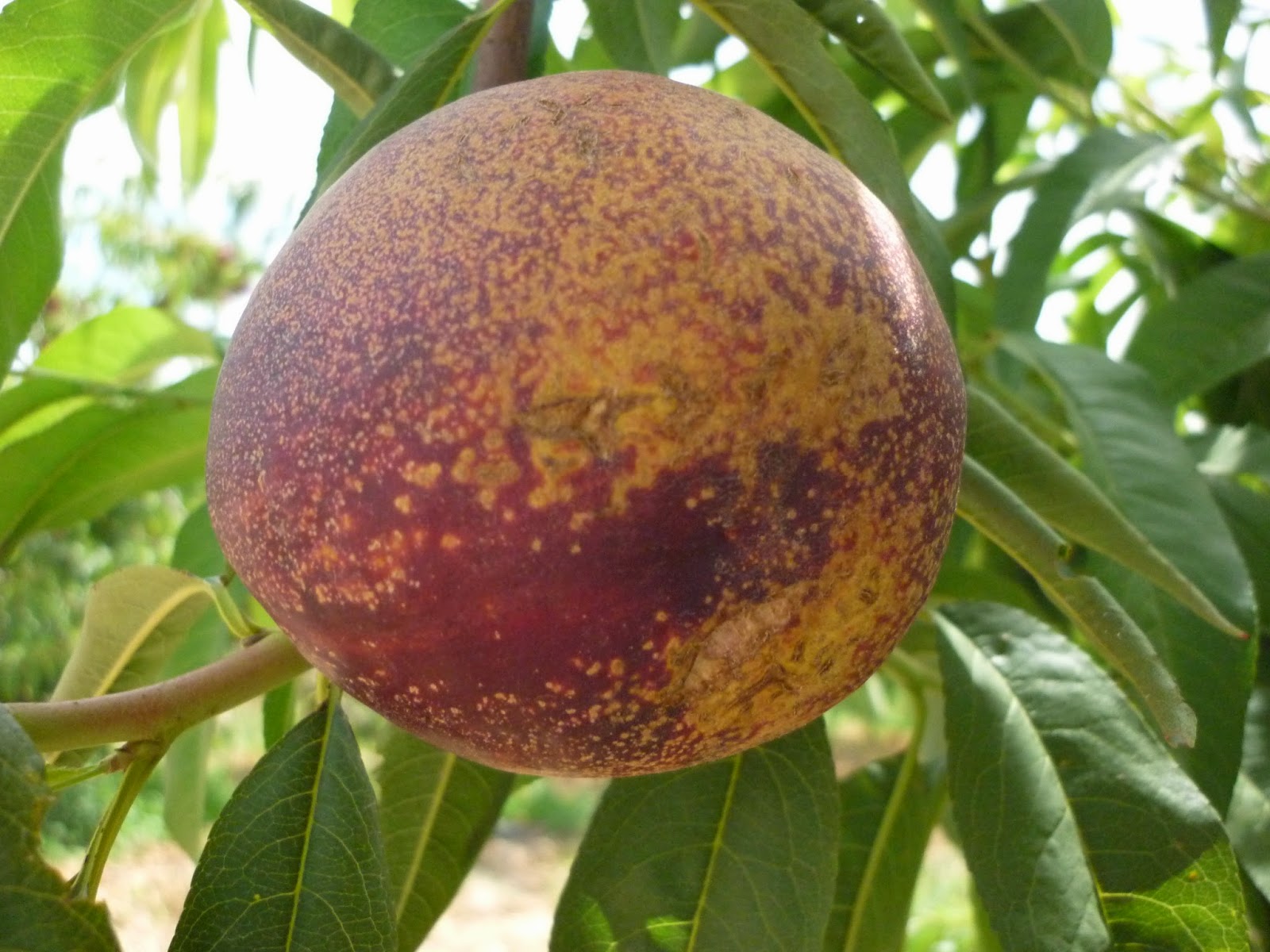 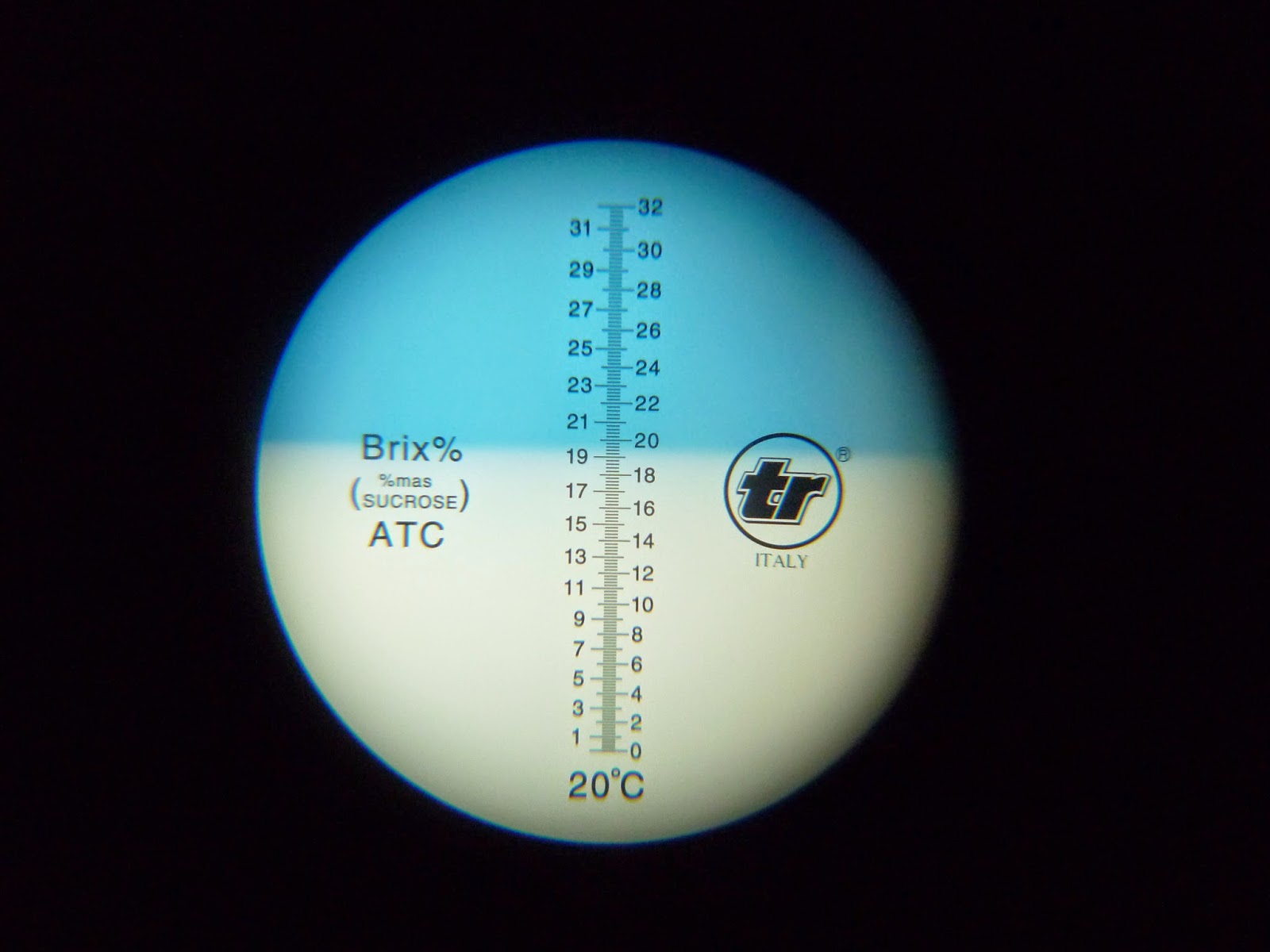 And here, in conclusion, two boxes of fruits, those that I bring home. They are generally much more difficult to sell, so much cheaper. These are the best fruit. But they are downgraded to their aesthetic problems. Guilty of uglyness, but that hides a heart of gold... 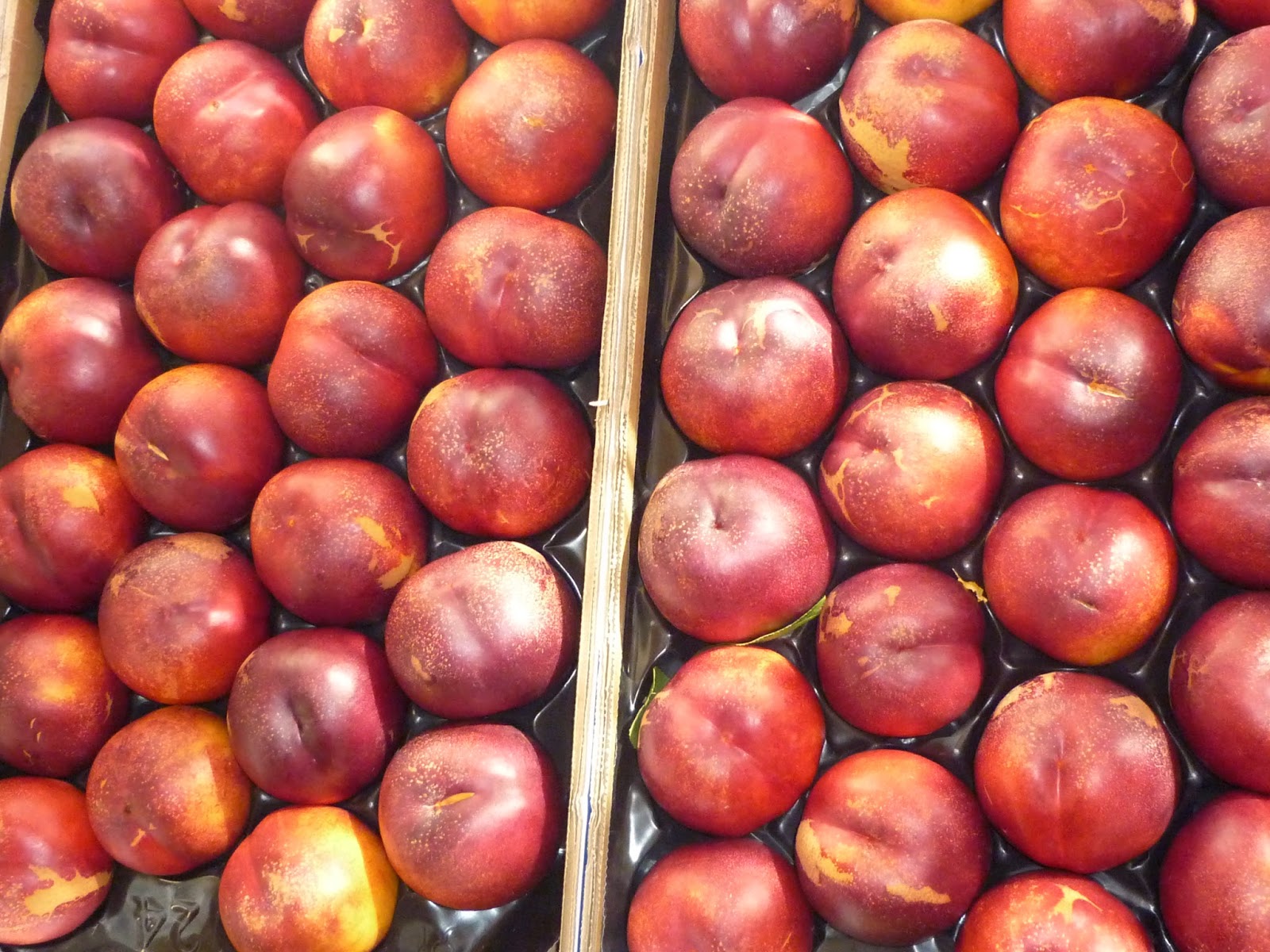 At best, they will be sold on site, at worst, they will go to the industry or to the trash.
Anyway, the price will be low, probably not covering the costs of cultivation.
Whatever happens, they will not be exported because non-compliant, aesthetically speaking, to the specifications of main international importers.

In short, if you want to try tasting yourself, find a grower near you, or on your summer vacation spot. You can probably also find some, on the villages markets.
By cons, if you usually buy your fruits and vegetables in the supermarket, you have almost no chance of finding them.

This problem will be one of the reasons that will decide the uprooting of the variety. It will be replaced by a variety whose skin is more resistant. Do not worry, there are excellent varieties of sugar without sugar spot.
But I will always have a certain nostalgia for these fruits, outstanding and recognizable at first glance.
Publicado por Christophe Bouchet en 10:35